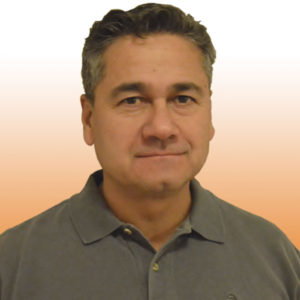 David Tobon is responsible for Bigge’s equipment sales and business development east of the Mississippi River in the United States and Latin America.

David Tobón has long been associated with crane sales in the United States and abroad, having worked for companies like F&M Mafco, All Erection, Atlantic Pacific Equipment Services, and IronPlanet for nearly three decades. The former banker turned sales professional joined Bigge Crane & Rigging last summer, where he is currently responsible for equipment sales and business development east of the Mississippi River in the United States and Latin America. He also works with a number of crane companies and contractors in Africa, the Middle East, and Asia. In this Five Minute interview, Tobón discusses the highlights in the domestic and international crane markets, the highest sought-after crane categories, and ideas to put the global crane market back on track.

What are currently some of bright spots in the domestic crane market?

Geographically, it is hard to put a finger on it, but there are more bright spots in infrastructure like bridges and roads and a much more slower recovery in the oil & gas sector. Many of these projects are government initiated, and ever since the new administration has taken over, there has been an increased demand for equipment. The growth is associated with the trust and belief that our economy is moving forward.

Much of the demand is coming from small to medium contractors who see the light at the end of the tunnel, and they are more comfortable buying now than three or four years ago when there was a lot of uncertainty. Big contractors are also buying, and rental utilization is generally high, which has a tendency to bring up rates in certain markets.

We hit bottom pretty hard, and we’re in an upswing, but that has created an imbalance in the supply and demand. This is compounded by the fact that the OEMs didn’t gear up for this demand, and factories are behind in production. While the demand is there, the equipment isn’t, unfortunately.

Are these cranes being purchased based on speculation, or have these projects already started?

Customers have the jobs in hand, and they need the equipment now. The rental side is also on high alert because of the demand. Customers will seek several  crane rental companies often with no or limited availability, so in order to secure their own equipment requirement and be able to get the work done, they opt to purchase their own. We’ll help them buy, but the delivery date could be will be months away on some crane classes.

Larger contractors in the US have jobs in their own “book of business” and know that they have a requirement that is imminent in six months, so they will buy ahead. Medium size and small contractors are following the trend.

What are some of the highlights in the international crane market?

Latin America is a bright spot as a whole, but not one single country has high demand, and Africa and the Middle East also have some. I believe most of the world is idle like the United States was two or three years ago. Growth is mainly coming from international contractors — from the U.S., Europe, and as of late, Asian contractors including Chinese — which are on projects across the globe. However, a European contractor could be buying cranes, but the job may be in Africa, so there is a perception of demand in the EU but the work is elsewhere.

I have a tendency to follow the money like the IMF, World Bank, and the multi-lateral lending institutions across the globe. While there are projects coming online all over the world, the ripple effect of scandals like Odebrecht has permeated not only Brazil, or countries where they had projects, but the entire industry and approach to business. I believe that there will be more transparency when there is a “Watch Dog” at the gates.

In Latin America, there are a lot of projects related to power, roads, bridges, and so forth — the Mexico City airport, Panama City Metro and the new bridge across the canal, Colombia’s infrastructure jobs, Peru’s reconstruction. However, corruption has plagued the international construction industry for the last two years, and many companies are being investigated. There is a lot of caution right now, and I do not believe we have seen it all.

Foreign currencies that are tied to the U.S. dollar have suffered significantly, and it also has affected export sales. Right now, it takes a lot more “pesos” to buy a dollar; as a counter measure, crane rental companies and contractors worldwide more commonly negotiate foreign contracts in U.S. dollars.

What is your relationship with resellers, and where are their cranes going?

A good percentage of cranes that we sell go to brokers and dealers. We respect the fact that they have their own client base, and often we don’t know where these machines are going. They could be re-selling them in the states, but many are going overseas. If a broker with whom I have a good relationship buys a crane from me and tells me it is going to be exported, all I need is proof of export, but I often don’t know where it goes and don’t know the customer. The reseller is my customer, and I value the relationship.

What types of cranes are having success?

Large RT’s and large ATs are selling, 200 to 500-ton ATs that are high in demand. Crawlers that are 200 to 300 tons are also in demand, and we have more buyers than machines available.

In your opinion, what would get the crane industry back up to speed?

We have been making improvements to the U.S. built product. I believe that having good quality equipment built in the United States will renew confidence in the consumer’s mind. German and Japanese have capitalized, grown, and made a significant impact on U.S. buyers. No. 2 would be the availability of this equipment, and No. 3 would be price. People care more about value and return on investment than price.

I believe that the U.S. dollar coming down will revive the export sales and foreign markets. There needs to be a monetary market correction. Right now, we are offering international financing and favorable terms to facilitate purchases. The current demand is higher in the U.S. so the industry is not feeling it as much right now. However, when utilization slows down and equipment starts flooding everyone’s yards, fleet owners will need to figure out what to do with the equipment.

For the used equipment sales, we a need standard and blanket solution for the Tier 4/Tier 3 engine dilemma. The rest of the world, which would normally assimilate the older cranes, do not have ultra-low sulfur fuel available. People all over the world want to buy cranes that are two or three years old, but you can’t find late model Tier 3 machines in North America. If there was an industry solution that would allow these machines to be retrofitted for export, we would see a lot more sales of cranes into foreign markets and will eliminate the possibilities of an oversupply of used cranes in the U.S. a few years down the road.