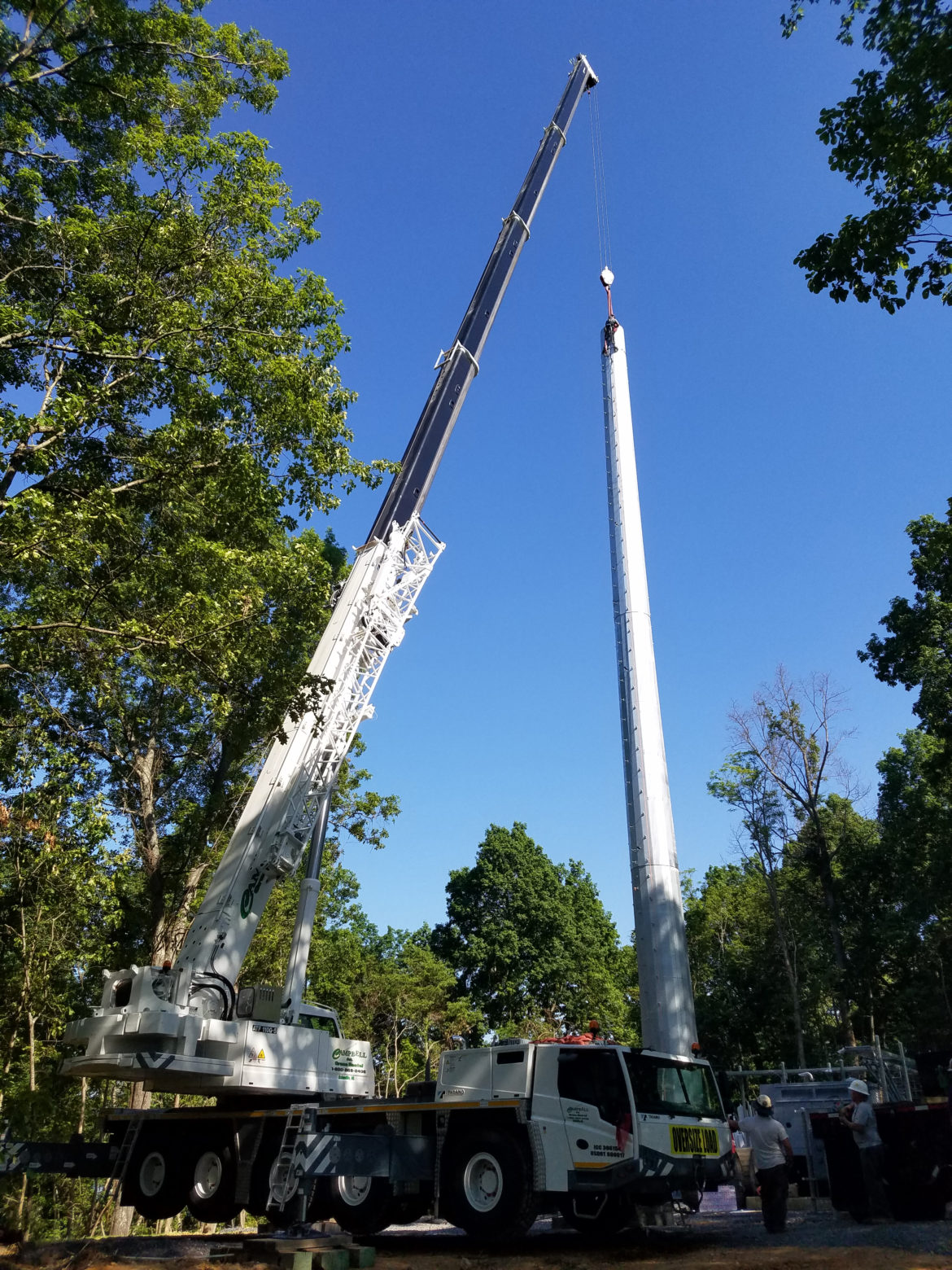 At ConExpo, Tadano America reintroduced its ATF 110G-5, one of the company’s most popular all-terrain crane models, with upgrades to its performance and productivity. Since the big show in Las Vegas, Tadano has further enhanced the ATF 110G-5 by adding more counterweight and uprating the crane’s capacity from 120 to 130 tons.

The crane incorporates Tadano’s new lower cab, which it first introduced on this model and the ATF 200G-5 five-axle ATs cranes. A notable feature Krajci pointed out in the cab is the multi-function display positioned in the center of the driver’s console. It shows features like axle locks, steering angles, suspension information, engine data, and error codes. With push-button activation, the rear-view camera can be active at all times. “If I’m pulling a dolly, I can have a view of the dolly at all times,” he said.

Also on the chassis, five outrigger positions (as opposed to two on the previous version) and asymmetrical outriggers add to the crane’s versatility. Both the lower and upper engines are now Tier 4 Final.

On the superstructure cab, the tilting cockpit is unique to Tadano. Although it moves 20 degrees like many other cabs to make it easier for the operator to view the load during long boom work, the inside of the cab is on a rocker. “The operator seat and control panel move the same 20 degrees to look out the glass, but the actual cabin does not move,” Krajci said. “The advantage is you’re not moving the wiring as much and exposing it to potential problems.”

Krajci said the AML-F screen can still be reached without readjusting the cockpit if it is tilted. “We have a jog dial on the right armrest,” he said. “Even if the cab is tilted 20 degrees, you can sit back and use the jog dial to make changes to the LMI.”

During operation, the ATF 110G-5 also has Tadano’s exclusive Lift Adjuster system, which will compensate for boom deflection during a lift.

The 170-foot, five-section boom has an updated telescoping cylinder and a new jib design with an integrated heavy lift jib and two-stage, bi-fold swingaway jib. Maximum boom length is 282 feet.

South Carolina-based crane rental company Campbell Inc. took delivery of its ATF 110G-5 all-terrain crane in February only a few weeks before ConExpo, and it was updated with the counterweight additions in early April. Since the crane arrived, Travis Collins, operations manager with Campbell Inc., said it has been used to set modular homes, cell towers and communication shelters, and rooftop air-conditioning units.

He noted some of the key features on the crane are the five outrigger positions, the Lift Adjuster, and the new hydraulic luffing and heavy lift jibs. “The power of the new motor and the shifting of the transmission [provide for] off-road ruggedness in tight spots and pulling power for hills and mud,” he added. “The new computer system is very user friendly.” Collins also noted the optional hoist and boom cameras and fall protection improve safety when working on and around the crane.

“With all the different load charts available, outrigger configurations, and multiple counterweight plates, it is really your go-to machine,” Krajci said.

Looking for a Tadano all-terrain crane? Find cranes for sale on CraneNetwork.com.