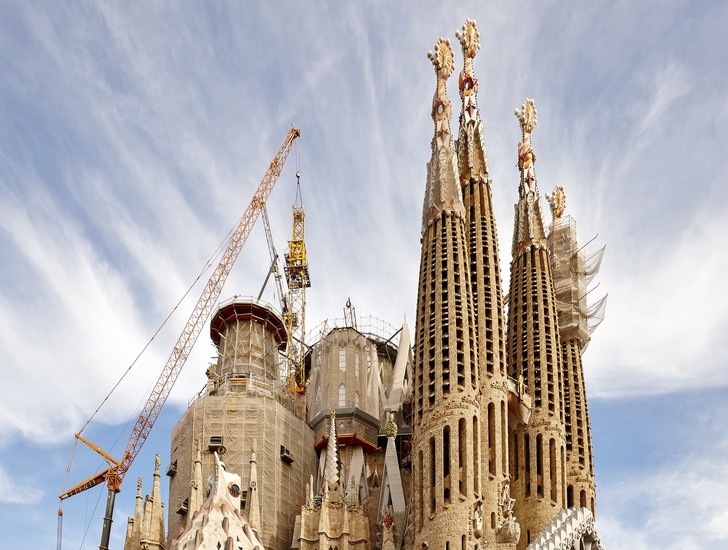 Spanish crane contractor Grúas Rigar used one of its largest telescopic cranes, a 500 tonne capacity Liebherr LTM 1500-8.1, to reposition one of the three massive construction cranes at the Sagrada Familia in Barcelona.

assembly procedure from the rear of the basilica

Work was started on the construction of the Roman Catholic basilica, Sagrada Familia in Barcelona in 1882. The church, designed by Antoni Gaudi, has yet to be completed. Current plans are to finish the structure in 2026 to mark the 100th anniversary of Gaudi’s death. At that point the Sagrada Familia will be 172.5 metres high.

Even though the road was closed, the Rigar team had little space available to deliver the eight-axle mobile crane and its accessories. Using 165 tonnes of ballast and a 70 m luffing jib, it dismantled the construction crane and later reassembled it at a different location.

Grúas Rigar, based in Valencia, is chaired by José Antonio García Marín. Today the company operates more than 40 cranes in its different offices located along the Mediterranean.