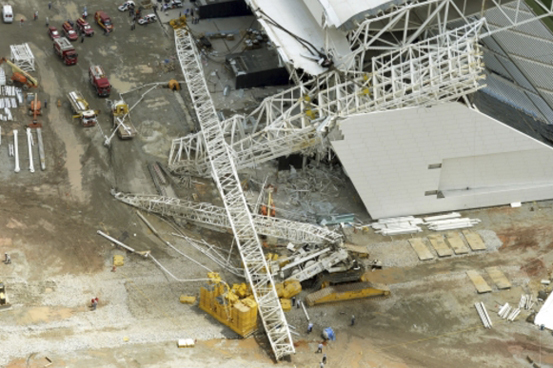 Crane manufacturer Liebherr issued a statement that said its crane was not the cause of a fatal incident at a stadium construction site in Brazil in late 2013. On 27 November 2013 a Liebherr LR 11350 lattice boom crawler crane collapsed in SÃ£o Paulo at the Itaquerao Stadium, one of the venues for the next football world cup.

The manufacturer said that its investigations show that the crane had no technical defects and that the ground was not sufficiently stable for crane travel with a suspended load on the day of the accident. â€œThe ground under the crane evidently gave way, the crane sank and in doing so reached an inclined position at which it was not allowed to operate. The excessively inclined position caused massive overloading of the crane, which led to the fracture of some of its components and, following this, to collapse of the complete load-bearing structure. An independent, internationally acknowledged crane expert has come to the same conclusions,â€ the report reads.

No clues were available from the data logger as Liebherr said that it had not been recording data since November 2012. The manufacturer said it â€œassumes that all the reports currently being prepared about the accident will not reach any different conclusions.â€ 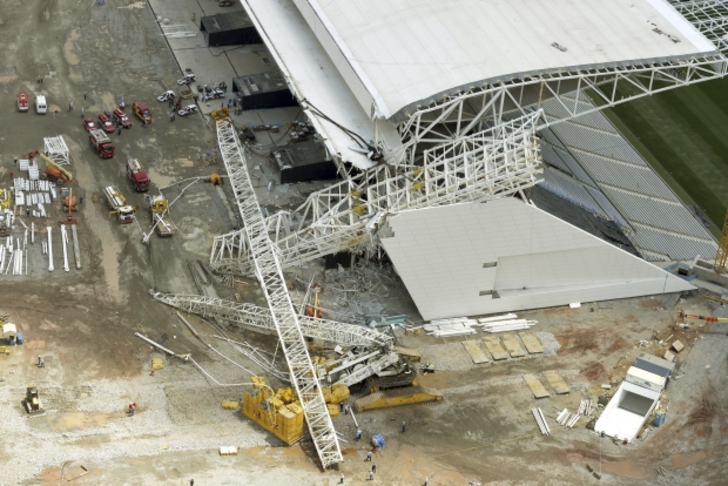 A Liebherr LR 11350 was torn apart causing the collapse of a roof and the structure under it. Two killed