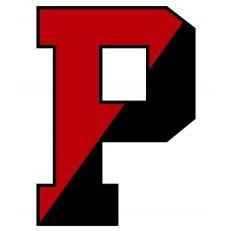 Penny Townsend, head of school, has announced a gift of $2 million to The Pennington School from the grandparents of 10 Pennington alumni.

All 10of the Wesleysâ€™ grandchildren have attended The Pennington School.

As part of the schoolâ€™s 175th anniversary capital campaign, this contribution will support two building projects that will both be completed for the 2014â€“15 academic year. The first project is the creation of the Wesley Alumni House, which will be the center of alumni activities on campus and will contain the offices of alumni and development. This building will be the result of the relocation and renovation of historic Lowellden, formerly the schoolâ€™s office of admission. The restoration and reconstruction of this building, once the home of past headmaster Francis Harvey Green, will preserve the historic integrity of the schoolâ€™s campus and the larger Pennington community.

The second project underwritten by this gift is the central gathering space to be found within the new Kenneth K.T. Yen Humanities Building. The forum will be a unique, multistory space flooded with sunlight, specifically designed for cross-disciplinary collaboration within the field of humanities and offering a gathering space for large assemblies, meeting and special presentations. It will be named the Joseph L. and Marion M. Wesley Forum.

Mrs. Townsend said, â€œWe are enormously grateful to Joseph and Marion Wesley for their unwavering commitment to The Pennington School. This exceptional gift will have a transformative effect on the entire Pennington community.â€

Joseph L. Wesley Sr. is the founder of the AmQuip Corporation, â€œThe Crane People,â€ now known as AmQuip Crane Rental LLC, a leading provider of crane rental equipment and related services in the United States, where Mr. Wesley continues to remain active as a member of its Board of Managers.

The Pennington School, founded in 1838, is an independent coeducational school for students in grades 6 through 12, in both day and boarding programs.