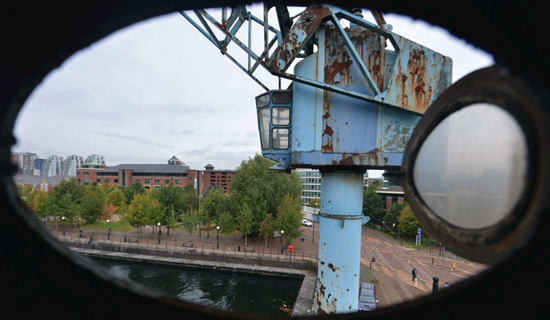 They have towered overÂ Salford quaysÂ since 1988 and are one of the areaâ€™s original landmarks. 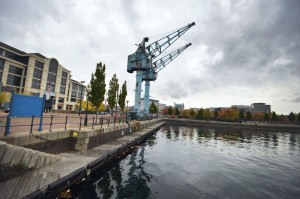 But a year-long battle to save them has been lost and they will be demolished on Saturday with work expected to take around 15 hours.

The cranes were built on south dock six in 1966 but were decommissioned and moved to their current position in 1988.

Last year a proposal to move the cranes to a roundabout on the M602 was scrapped when the council decided that moving the cranes would be too expensive.

James Walsh, a wildlife and conservation student atÂ Salford universityÂ , who comes from a family of dockers, has been campaigning against the demolition for 10 months.

He founded the Salford Docklands Heritage and Nature Group and set up on online petition against the demolition which now has 1,276 signatures.

James said: â€œThe cranes are worth miles more to the city of Salford than the cost of scrap metal. Theyâ€™re part of the fabric of the place.

â€œThese could be profitable for the city of Salford. They are the most stunning reminder of the dockers. People did work very hard, some people lost their lives on the docks.

â€œSome of the kids in Salford donâ€™t even know there were docks here and people should be learning what we are all about.â€

Salford MayorÂ Ian StewartÂ said: â€œIt would cost us Â£1m to make the cranes safe and restore them fullyÂ  â€“ if they are not removed and a piece of falling metal crashed down onto someone, we could face a multi-million pound lawsuit.

â€œI am not having a potential serious injury, or even a fatality, on my conscience.

â€œIt was a no-brainer â€“ the council does not have the money to save and restore the cranes, when it is being forced to make Â£75m of cuts over the next three years.â€

He said: â€œItâ€™s been the right decision in my opinion â€“ they are badly degraded.Â  They are structurally unsound and theyâ€™ve gone past the point of restoration.â€