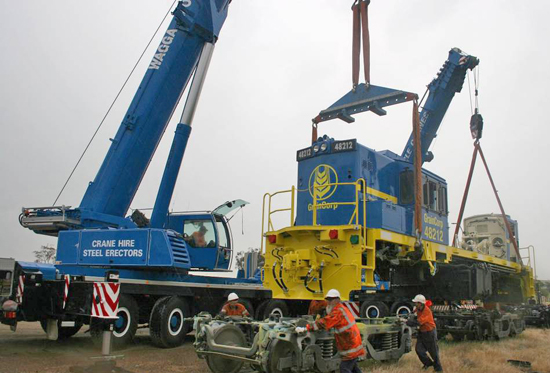 As part of the refit of GrainCorp locomotive 48212, the wheels and suspension needed to be replaced.

It’s no easy task however, with two cranes and seven people needed to complete the job. 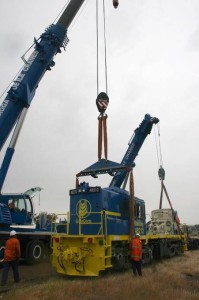 Slings are attached to lift points on the locomotive… Picture: Declan Rurenga

Each bogies weighs five tonne with four people needed to push the wheels out from under the body, before the replacements are wheeled in and the locomotive body lowered onto them.

JRW co-owner Andrew Clinton said replacing bogies was a precise operation which had been done 40 to 50 times over the past two years.

Account Set Up For Children Of Man Killed In Crane Accident