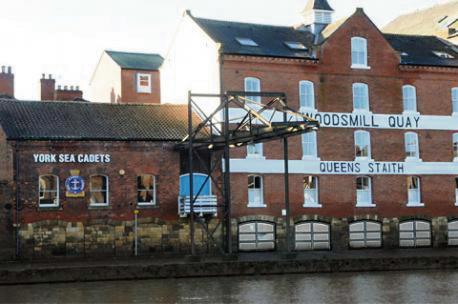 AN HISTORIC waterfront crane has been saved from the threat of demolition after York Civic Trust offered to cover the cost of repair.

York Sea Cadets had resubmitted the proposal that the disused gantry, on Queen’s Staith, should be removed as it was a danger to the public and needed to be removed to clear access.

The charity, were also concerned over the affect it was having on them, as the council refused to take ownership, and the cadets claimed that maintaining fencing was “haemorrhaging the Unit’s finances.

Last year original plans for demolition were shelved after pressure from campaigners who did not want to spoil York’s riverfront.

This time round though York Civic Trust have pledged to fund repairs, which would have been infeasible for the cadets to pay for.

Originally York Sea Cadets were planning to remove the crane altogether at a cost of Â£2000 but now the historic gantry, believed to have been built during Victorian times, will be repaired. An original quote estimated that it could cost as much as Â£30,000 and flooding had delayed the decision to fund the repair.

The decision means Queen’s Staith can be reopened to the public without the risks highlighted in pre-application advice of “the increasing danger of this structure to the public,” while York’s waterfront will remain unharmed.

The Gantry at Queen’s Staith

Historic gantry to be saved in England was last modified: March 17th, 2014 by Ron Selby