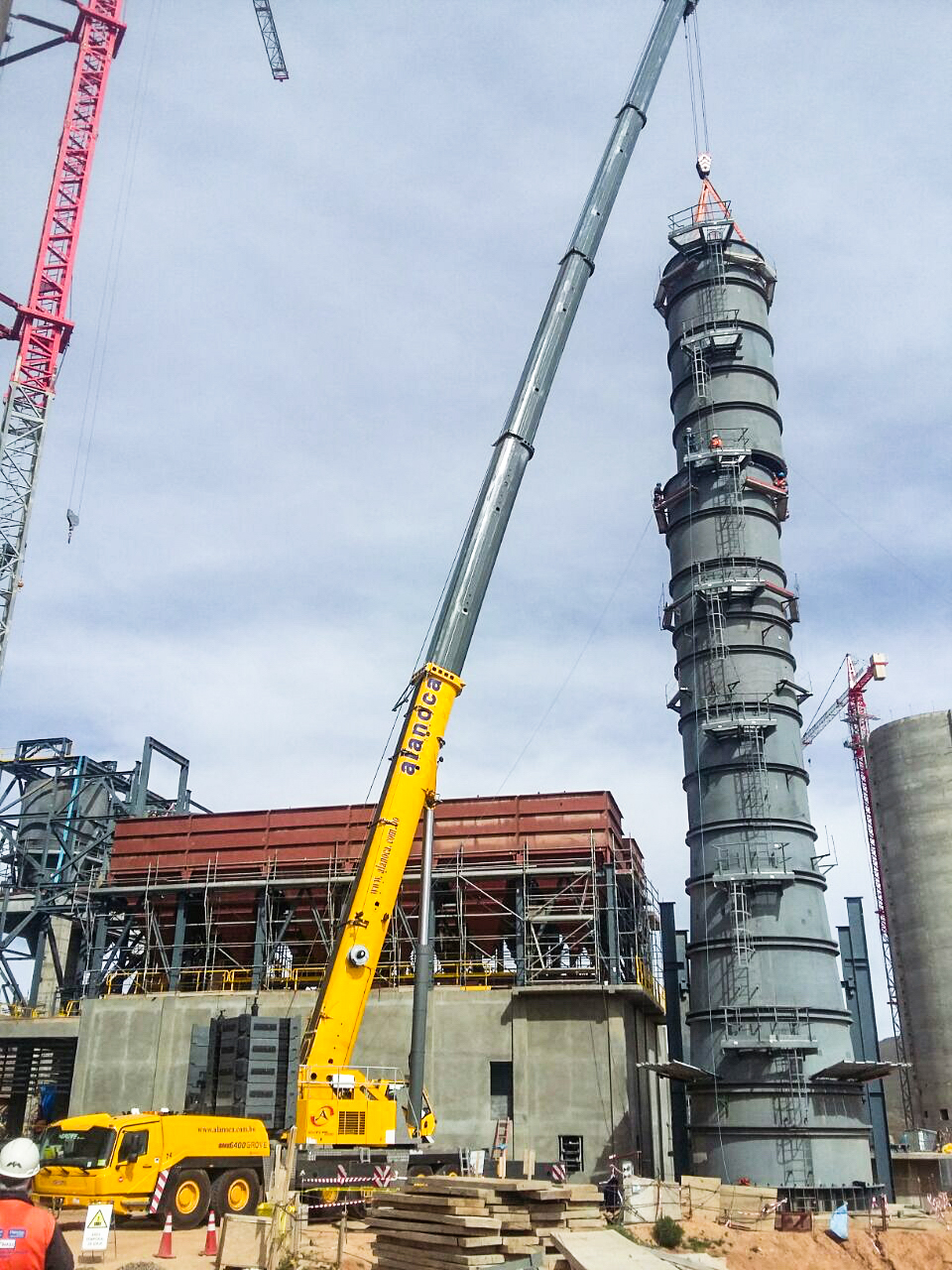 Bolivia’s first Grove GMK6400 all-terrain crane arrived in March, and it has already taken on some major construction projects. Alanoca, a transport and logistics company based in El Alto, added the crane to its rental fleet and put it right to work.

Roberto Alanoca, a spokesperson for the company and the son of its founder, Jorge Roberto Alanoca, said the company purchased the 450-ton all-terrain crane because it is well-suited for large-scale projects. The crane is currently working at a cement factory in La Paz, having already completed a similar job in June. Later in 2017, the crane will join a project to construct a petrochemical complex.

The Grove GMK6400 is a six-axle mobile crane and includes a self-rigging Mega Wing Lift capacity-enhancing attachment. Main boom on the GMK6400 is 197 feet. It also features a range of unique design elements, including a single-engine concept and the MegaDrive hydrostatic drive system.

“We’re seeing an increase in local demand for high-capacity, all-terrain cranes that can handle a variety of projects,” Alanoca said. “So far, our customers have been very pleased with the crane and its performance on these jobsites.”