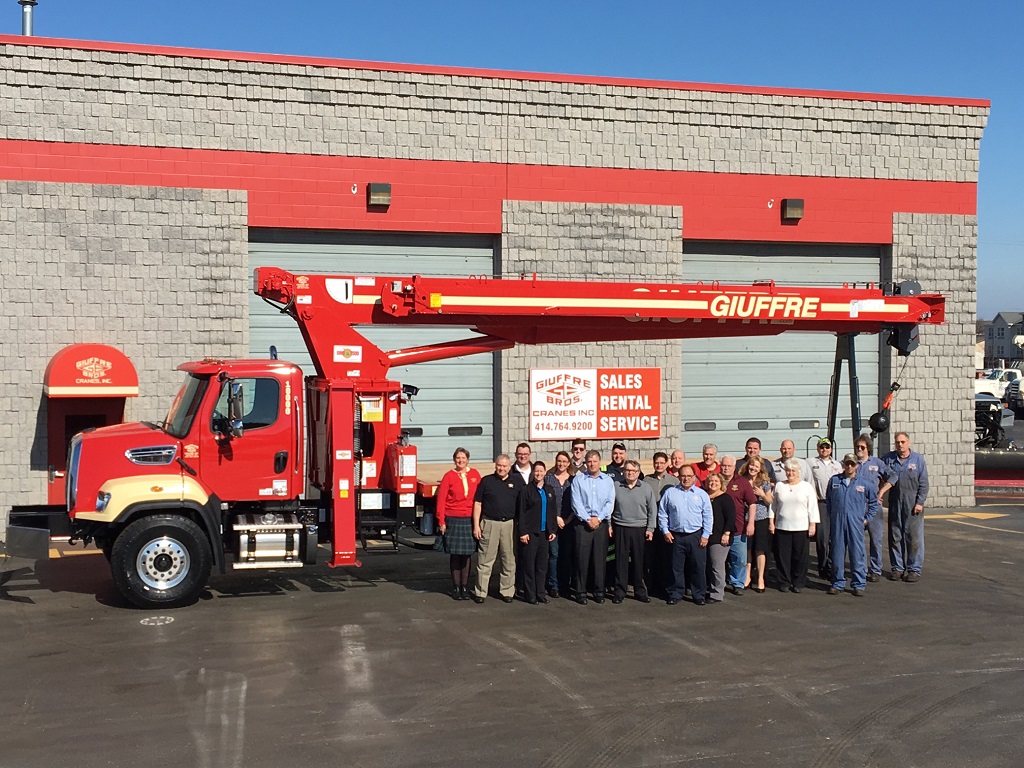 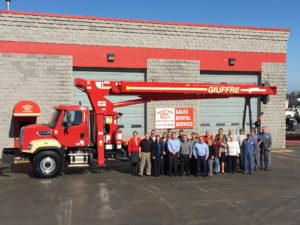 A lot has changed since Frank and Dominic Giuffre opened up shop in 1963. For example, their dump truck could be rented for only $12.50 an hour. Today, Giuffre Bros. Cranes Inc. is celebrating the delivery of its 5,000th unit, a Terex BT 4792, which is mounted on a 2017 Freightliner 108SD.

“Giuffre has been a distributor partner since 1973. We are excited to be able to recognize them for this impressive milestone,” says Dean Barley, vice president and general manager, Terex Cranes Americas.

Celebrating 54 years in business in 2017, Giuffre Bros. Cranes Inc. has combined hard work, responsiveness to market needs, creative equipment packaging, and innovative financing to meet the needs of its customers. In 2014, Giuffre was honored as “Terex Boom Truck Distributor of the Year” for its sales and support of the Terex Cranes boom truck line.