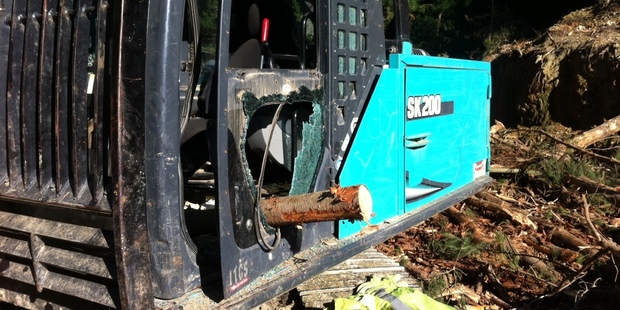 A forestry worker suffered a serious leg injury when a branch crashed into the side of his crane today.

The incident happened at Colgate Forest, west of Christchurch, about 10am, a Westpac Rescue Helicopter spokesman said.

The 30-year-old was flown to Christchurch Hospital with a fractured femur when a 15-20cm branch from the log smashed the window of the cab hitting him in the side.

Co-workers were able to release the pressure of the log by chain sawing the branch, the spokesman said.

Norway: New Crane to Arrive at Port of Larvick