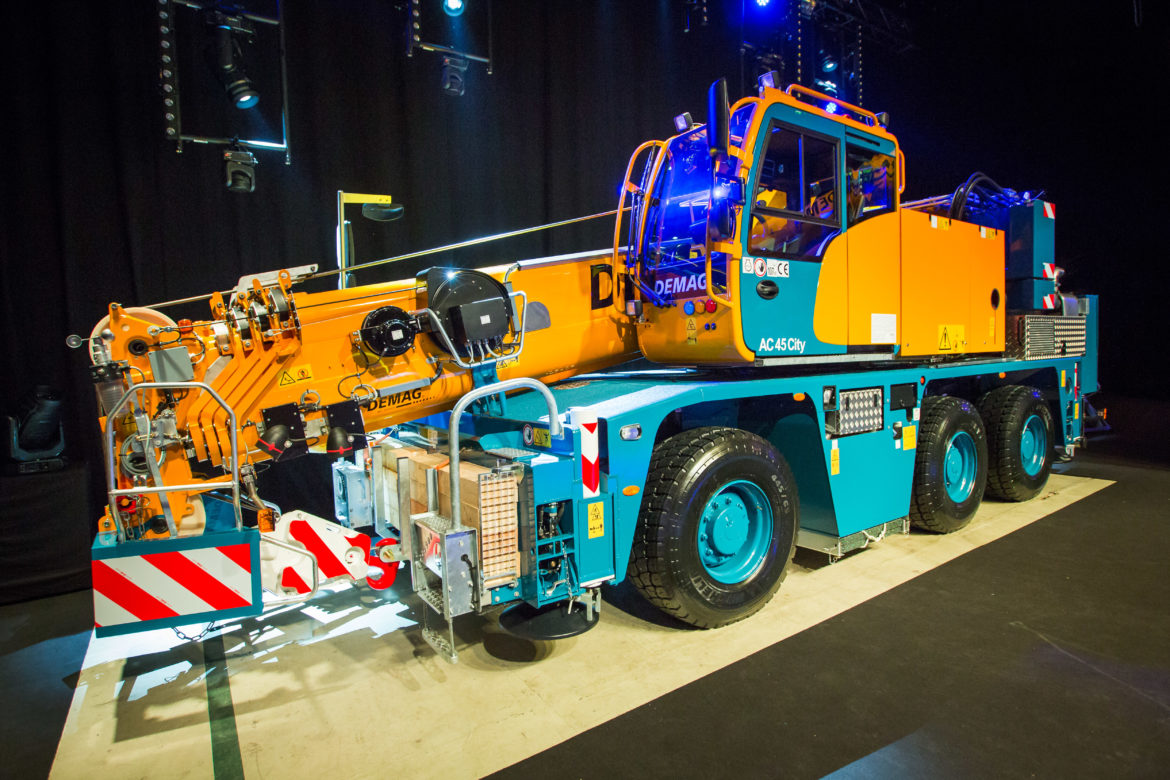 If there is one message that Terex Cranes President Steve Filipov wants to convey to the global crane industry, it is that Terex Cranes is back – and in a big way. Last week, the company invited customers and media from all over world to its facility in Zweibrucken, Germany, to share its product innovations and plans for the future.

In 2016, the 100-year-old Demag brand was relaunched at Bauma. Since then, the new product development team has stepped on the gas, rolling out new and updated all-terrain cranes for the worldwide market.

“One of the key parts of our strategy going forward is we need to continue to innovate and develop products,” Filipov said at the event. “Over the course of the week, we’ve been really listening to our customers as we’ve brought these cranes out and asked if there are improvements that we can do or things that we can do differently. It’s critical that we listen to our customers.”

The week kicked off with the introduction of the Demag AC 45 City, the latest model in the City Class Series, and the return of a much loved all-terrain crane for working in urban environments and inside narrow buildings. The AC 45 City’s predecessor – the AC 40 City – was manufactured from 1997 to 2014 and more than 1,000 units were sold.

The 50-ton-capacity, three-axle AC 45 City features a 102-foot main boom and a 145-foot maximum boom length, when the 23- or 42-foot offsettable main boom extensions are added. Since the base section of its fully hydraulic main boom is 25.5 feet, the AC 45 City is also able to work in buildings with a relatively low clearance while still keeping its boom at a steep angle. This is advantageous on jobs where overhead cranes are being assembled, for example, as it can lift heavy loads at a small radius. It also can be customized to the job with the 4-foot-long rooster sheave/runner for loads up to 27.5 tons or with the three-sheave hook block, which allows for six-part reeving.

The crane boasts a compact package, with a carrier length of 23.6 feet and total length of 28.5 feet, a width of 8.4 feet, and an overall height of 10.4 feet. It is designed to stay in the 13-ton axle load limit, as the three-axle unit does not weigh more than 37 tons, even when outfitted with its full equipment. When using a reduced counterweight, the crane is less than 11 tons.

With this new crane, Frank Schröder, director product management for all-terrain cranes, said during the development stage, the company focused on the feedback it had received from customers about improvements. He focused on key attributes of the crane that are an improvement over the AC 40 City.

The driving performance has been improved with the updated 350-hp engine – 70 hp more than the AC 40. The Allison transmission features six forward gears and one reverse, with a wider ratio between the first and last gears for better gradeability in the on-road gear. The steering on the road has been improved, and the crane steers from the third axle for better cornering and less tire wear than before. 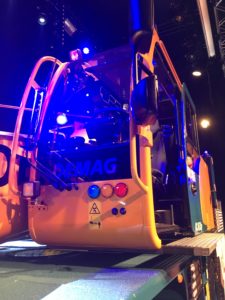 The cab on the AC 45 City is new, with more space and better visibility. The cab has a more stable mounting to the superstructure, so there is less noise and vibration. The brake system has been updated to disc brakes for better safety. One item that didn’t changes was the steering wheel, so it will be familiar for the operator.

Customers also reported they needed a higher telescopic load. “We were able to double the telescopic loads on the AC 45 City, compared to the AC 40 City,” Schröder said.

The AC 45 City incorporates the Demag technology platform and uses the IC-1 Plus control system, which calculates the crane’s lifting capacity for every boom position as a function of the superstructure’s slewing angle in real time. The lifting capacity for a specific radius is no longer limited to the lowest value for a pre-calculated 360° lifting capacity, and instead, the crane can take full advantage of the maximum available lifting capacity. It is particularly useful in applications where the outriggers are extended in an asymmetrical configuration.

The Demag AC 45 City also comes with features like an axle load indicator, a hook height indicator, cruise control, and cameras for load, hook and hoist monitoring and for backing up. Remote radio control and storage boxes are included as well.

Watch the unveiling of this new crane.