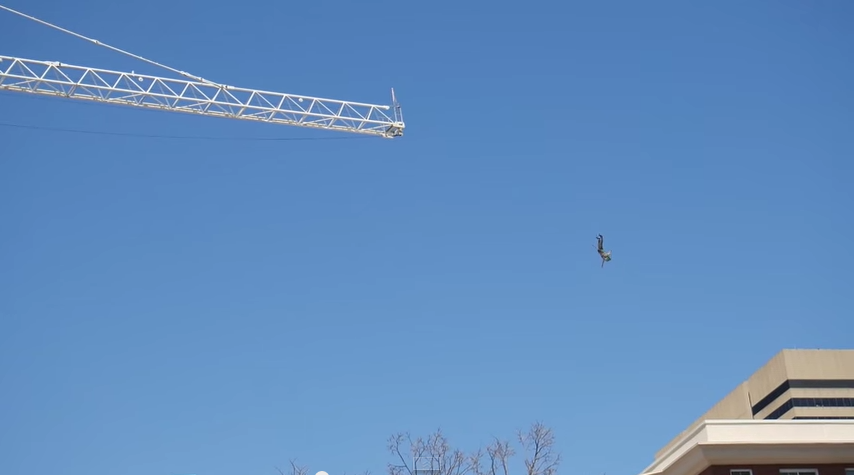 The video, posted to YouTube on April 8, shows a man climb a construction crane at the intersection of High and Rich Streets, walk to the edge and jump.

The nearly four-minute video had nearly 8,000 views as of Wednesday night.

The person who posted the video labeled â€œCrane Swingâ€ appears to be the same individual swinging from the crane, a local tree-trimmer.

Smith said Wednesday was the first time sheâ€™d heard of the video, and planned to discuss it with her colleagues.

Police reportedly stated that it would be up to the property owner to press charges.

Empire Crane Company now offering WOLFFKRAN in the US