What’s it take to get a unique, high-level setup for some never-before-seen wakeboarding? Take three very talented and creative wakeboarders — Dominik Hernler, Felix Georgii and Dominik Gührs — with an idea and the means to make it happen.

A project like this doesn’t come to life easily. There’s tons of planning, research and feature design that goes into it. Obviously, it’s not as easy as one might think to find a crane with a boom long enough and fast enough. Not to mention, strategically placing shipping containers as features along the course.

Since most cranes aren’t fast enough or are equipped with shorter booms, the boys had to search in ports all over the world before finally finding “the one” in Croatia.

The Link-Belt LS-108C has a 131′ boom and can hit speeds of 37 mph, which which exceeded the requirements of the usual 18 mph in wakeboarding. 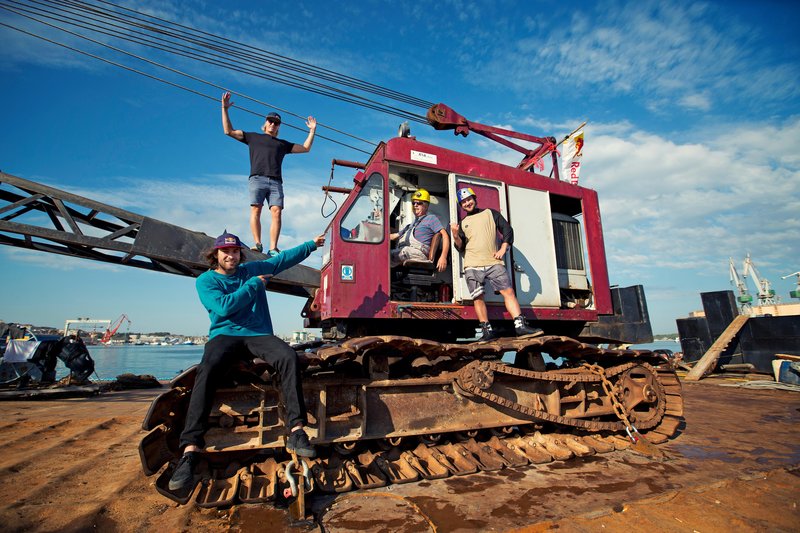 The newly appointed wakeboard crane still had to be heaved and welded on the top of the central platform, which would prevent it from tipping over during the action. Once that step was over, it was time to start creating the features that would populate the waters of Pula.

No less than seven shipping containers took on new life during this project. With the help of the crew of skilled workers at the Uljanik Pula Wharf, as well as five industrial divers, the crew was able to position the containers in the water using 28 anchors, each of which weighed an impressive 1,600 pounds.

Was it worth the hassle? Absolutely. They wanted to come up with a project that would please and amaze wakeboarders and non-wakeboarders alike, with something that had never been done in the past. “We had all the time in the world to put together an unprecedented setup the way we imagined it. And then could shred it as much and as hard as we wanted to, so that’s what we did,” says Hernler. 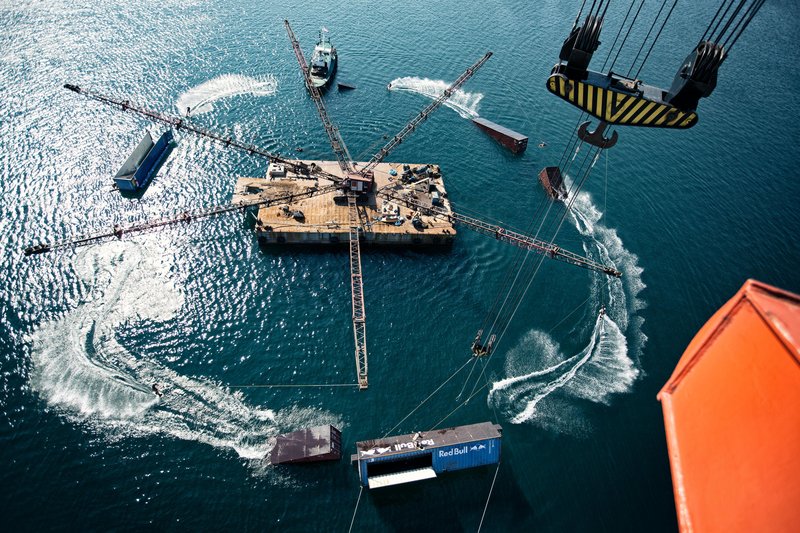 Irving Equipment named as exclusive Atlas crane importer for US