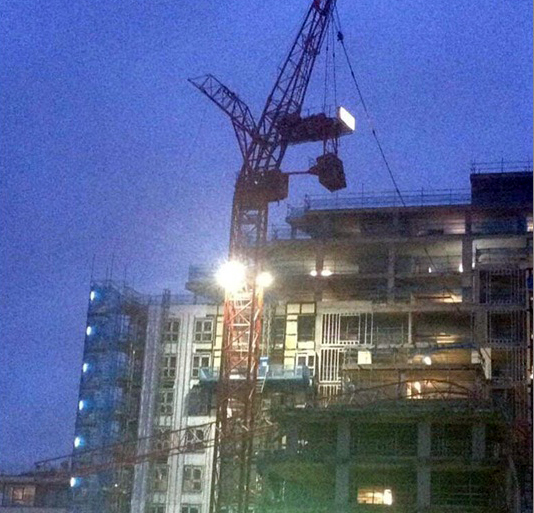 There has been an incident involving a crane on a development in Ealing, west London.

Initial images taken of the site appear to show that a section of the jib has sheared off.

The incident took place at the mixed-use Dickens Yard development in Ealing Broadway. The site is being developed by St. George, part of the Berkeley Group.

A St. George spokesperson toldÂ Construction News: â€œThere was an incident this afternoon involving a crane at the Dickens Yard development in Ealing. No one was injured in the incident. The company is investigating the matter but cannot speculate as to the cause at this stage.â€

There were no injuries as a result of the incident. The Metropolitan Police were called to the site, but have now handed over to the London Fire Brigade and the Health and Safety Executive.

A spokeswoman for London Fire Brigade said that they were standing by while the site is secured to ensure no further collapse. 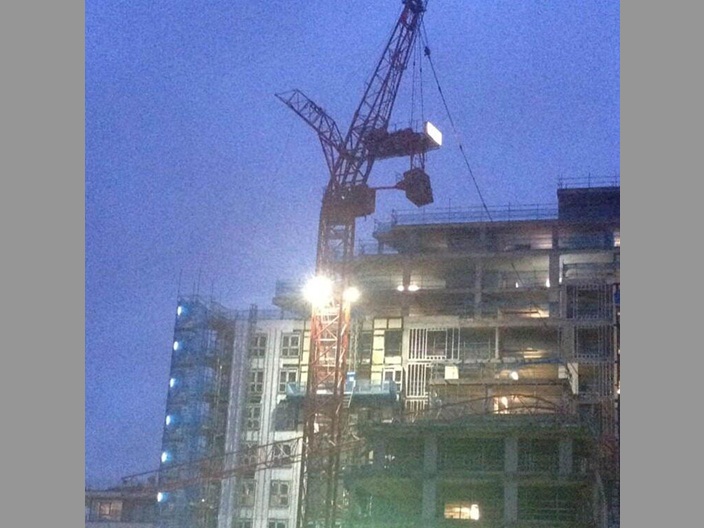