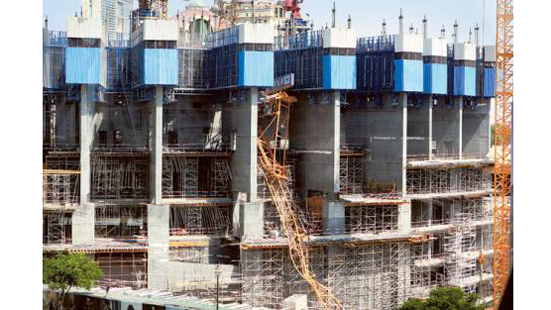 Incident caused by human error and not due to equipment malfunction, municipal official says.Â

Dubai: The crane accident last week that killed three workers and injured four was caused by the craneâ€™s metal counterweight, which weighed 2.5 tonnes, crashing down, according to a preliminary report.

A senior municipal official toldÂ Gulf NewsÂ on Thursday that the accident at the hotel building under construction, located in Downtown Dubai, was caused by human error and not due to equipment malfunction.

â€œThe craneâ€™s counterweight was tilted at a dangerously steep slope and because of its heavy weight, fell down at a height of 45 metres onto the concrete slab [where the construction employees were working.] The slab was broken due to the force, and then broke everything in its path while dropping to the floor â€” killing the workers in the process,â€ said Moawya Abdul Rahman, head of the structural engineering unit at Dubai Municipality. 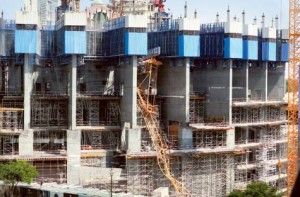 The crane that collapsed after its counterweight crashed down, killing three workers.

He said that the crane and other equipment used at the construction site was deemed safe by Dubai Municipality, as all equipment used on all sites has to be periodically verified and inspected between every six months and one year.

â€œAll construction companies have to adhere to the latest revised Code of Construction Safety Practice of 2011, otherwise hefty penalties will be imposed. This type of accident is a rare one as we take the safety of workers very seriously, and according to the preliminary report, we suspect that it was the mistake of the crane operator,â€ said Abdul Rahman.

Reda Salman, Director of the Public Health and Safety Department, who also heads the Emergency and Crisis Committee, explained that his department is currently working with Dubai Police and other government bodies who are members of the committee, in finalising the preliminary investigative report.

â€œWe are investigating the incident and have as yet to confirm what factors were the cause of the accident, and whether it was related to a technical fault or not. Once the emergency committee writes up the report, it will be sent to the Public Prosecution who will then take legal action against the party responsible,â€ he added.