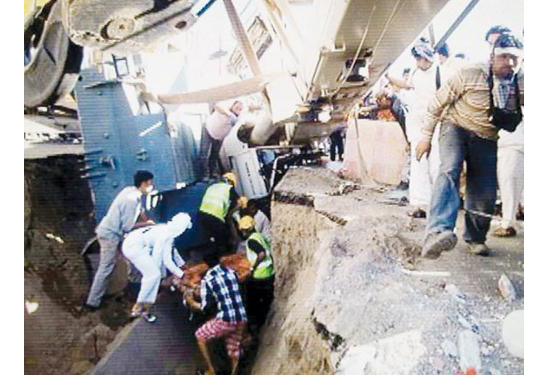 Rescue workers try to save a Pakistani crane operator following the fatal accident at a project site in Abha. The Pakistani who was operating a heavy crane was injured when the crane tipped over. Teams from the Civil Defense and Red Crescent arrived at the location with heavy machinery to rescue the worker. He was transferred to a nearby hospital in critical condition where he succumbed to his injuries later. Early investigations indicated shifting earth under the crane caused the accident. â€” Okaz photo

“Survey the ground prior to operating any crane”Â 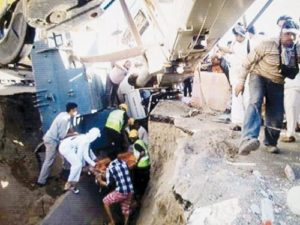 The operator never had a chance…