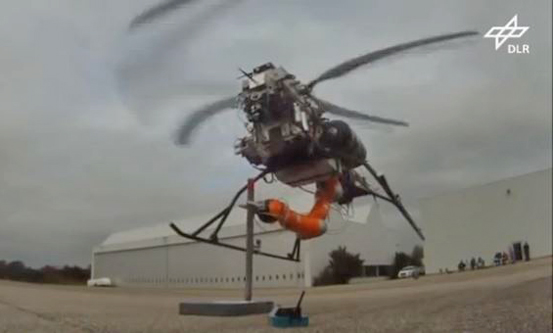 In an effort to extend the abilities of UAVs engineers at the German Aerospace Center (DLR) have created an unmanned helicopter with a robotic arm.

While the craft might seem ridiculous at first, designers at DLR are busy imagining a future where robotic craft can take care of work thatâ€™s often hazardous of impossible for human to accomplish. Just think, if a fleet of UAV helis equipped with robotic arms could be set loose on a high rise construction project, the welding, fastening and all other manner of construction could be completed without fear of accidents.

Beyond construction, robotic armed helicopters could be used to ferry heavy loads,Â deliver goods to disaster ravaged areasÂ and also serve other functions that fast moving craft or humans would find difficult.

For the time being DLRâ€™s appendage wielding choppers are still in the development stage. Researchers still have to fine tune the interaction between the heliâ€™s arm and its flight controls, as every jerk and tug could possibly upset the craftâ€™s stability.

As of yet thereâ€™s no time table for when DLRâ€™s machine will the see action in the field, but when they do Iâ€™ll be able to mark off more item on my list of â€œVisions of the Futureâ€. It really would be incredible to see robotsÂ soar through the city, building structuresÂ without the need of cranes and scaffolds.

Without fear of accidents?? Â What happens when one of these malfuctions 20 stories up? Â Those blades would be chop, chop, dice dice. 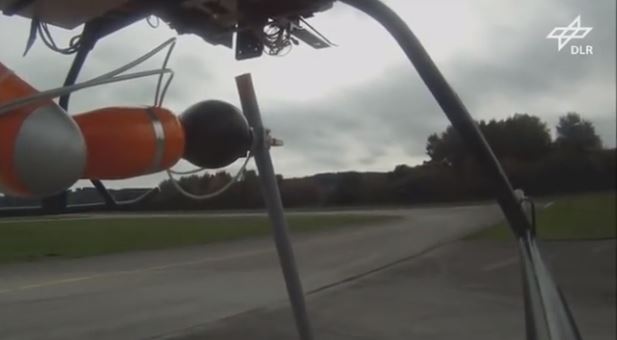 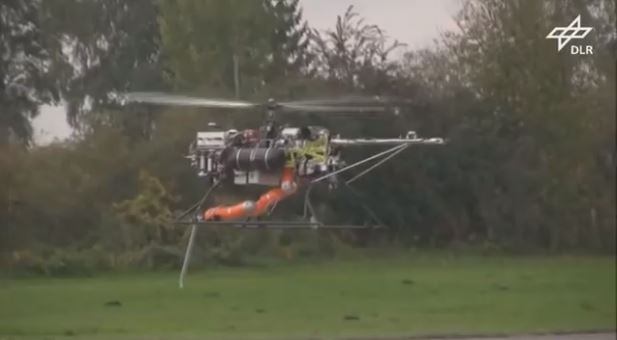 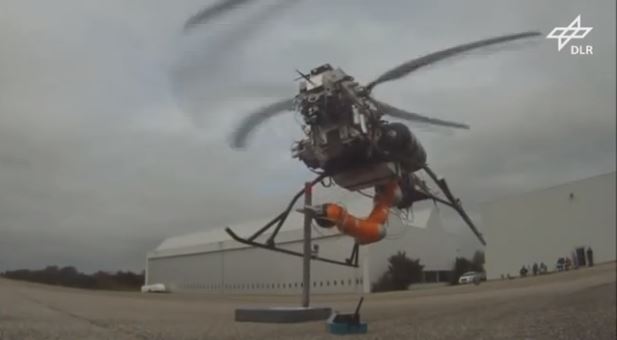