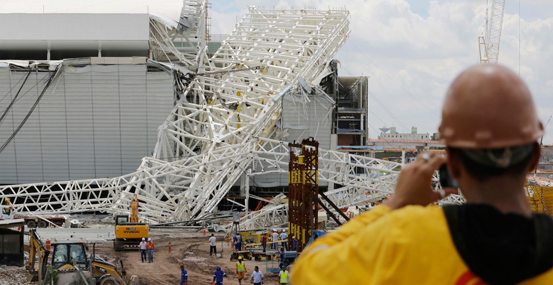 A crane at a stadium in Sao Paulo due to host the opening ceremony of Brazil’s World Cup 2014 has collapsed hitting the roof, reportedly killing at least two people.

Video of Collapse caught on camera

The head of the Fire Department, Mauro Lopes, has confirmed the casualties to local radio and said that the death toll might rise. Initially he reported that three people had been killed. Lopes said the incident could have caused more victims, but it took place during lunchtime. 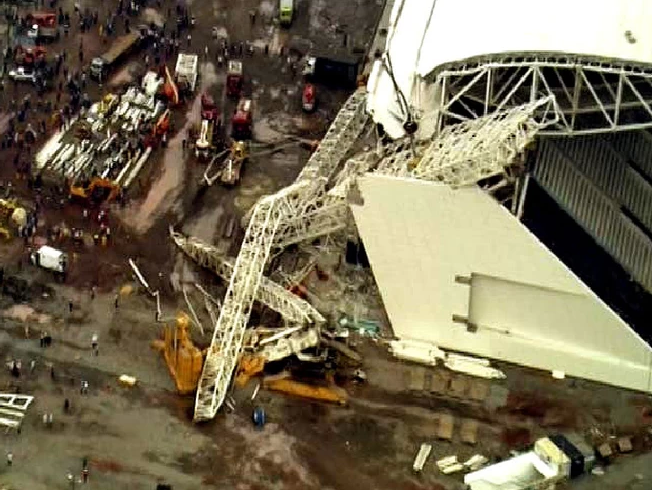 One more person is believed to be trapped in the wreckage, local Globo TV reported, quoting the fire department.

The stadium, currently named the Arena Corinthians or Itaquerao, was due to be completed by the end of December to meet a deadline set by FIFA.Â A total of 12 venues are required to be ready by the set date.

Local television footage showed huge metal structures lying on top of the stadium, partly destroying the east side of the venue.Â An LED panel installed outside the venue was alsoÂ hit.

The Brazilian company, Odebrecht, responsible for the Arena Corinthians stadium is expected to issue an official statement on the incident. 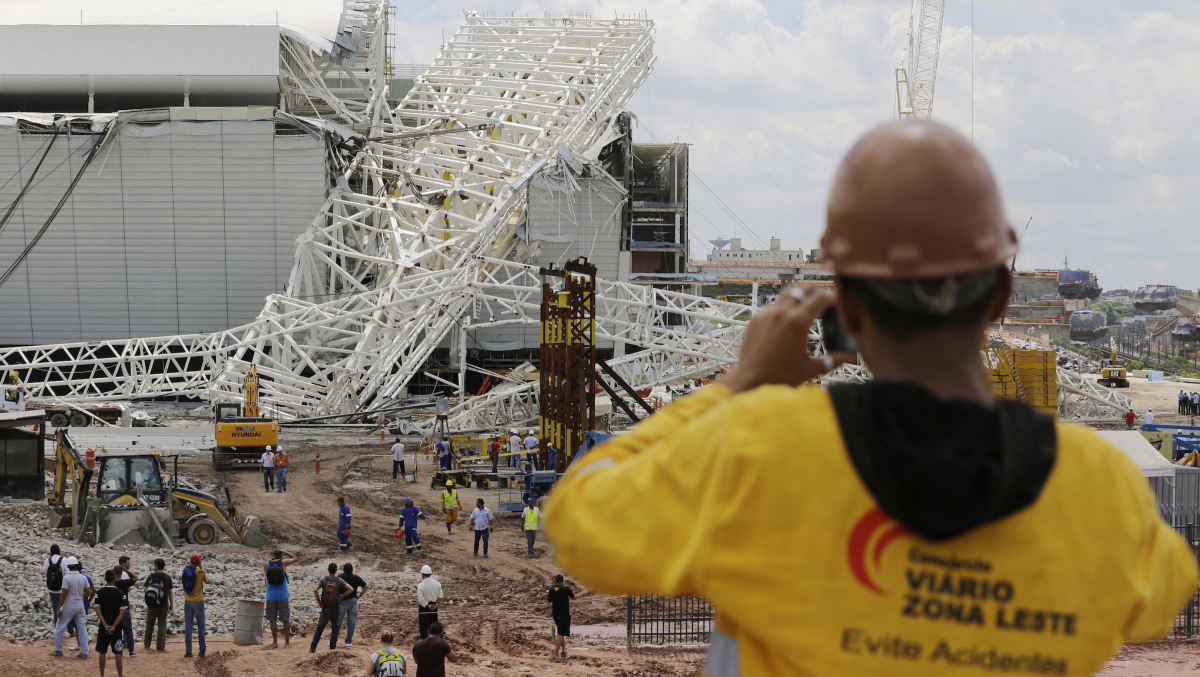 Not the kind of excitement the world cup needs

Local media have speculated that there are two possible versions of what happened at the stadium. According to the first, one of the cranes that assist in the construction of the stadium hit metal structures, causing the collapse. The second suggests the weight of a frame that covers the outside of the stadium was too heavy for the crane and it crashed.

The Brazilian multisport club, Corinthians, has issued a statement, saying:Â “The board of Sport Club Corinthians Paulista hereby deeply regret the accident earlier in Corinthians Arena.”

The venue was recently said to be 94 percent ready.Â The construction of the Arena Corinthians started in May 2011. The stadium was selected to host the opening ceremony and Brazilâ€™s first game at the home World Cup event on June 12, 2014. 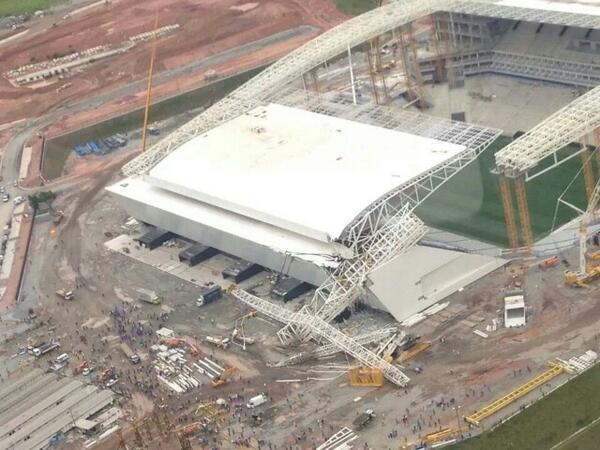 The capacity of the arena is 48,234, with temporary seats to be added in order to fulfill FIFA requirements of 65,000 spectators at the opening match.

After the World Cup, the stadium will become home to five-time Brazilian Serie A winners and reigning FIFA Club World Cup champions, Corinthians.

32 of the top worldâ€™s footballing nations will descend on Brazil next summer, with 12 of the countryâ€™s cities providing venues for the event.

The Maracana stadium in Rio de Janeiro will stage the final games, and the tournament will conclude on July 13, 2014. 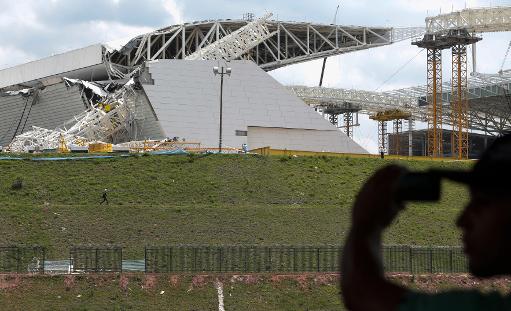 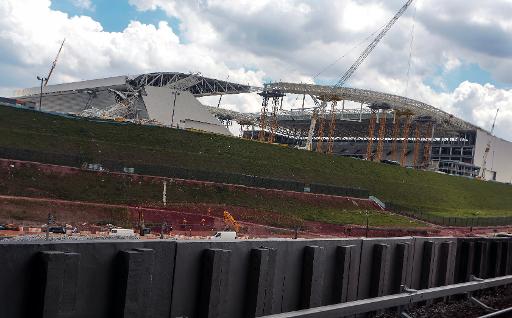 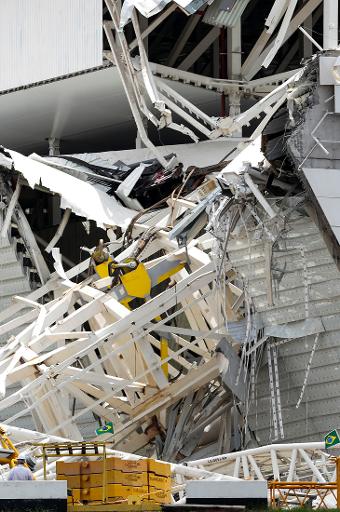 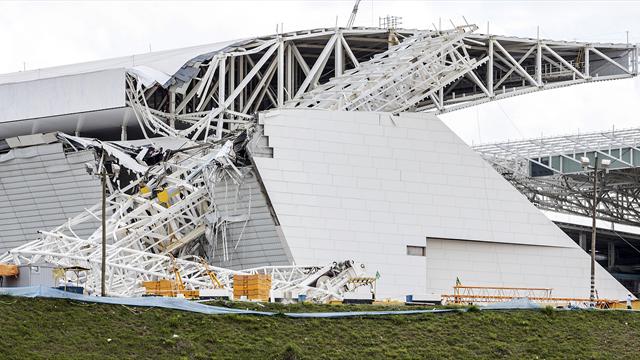 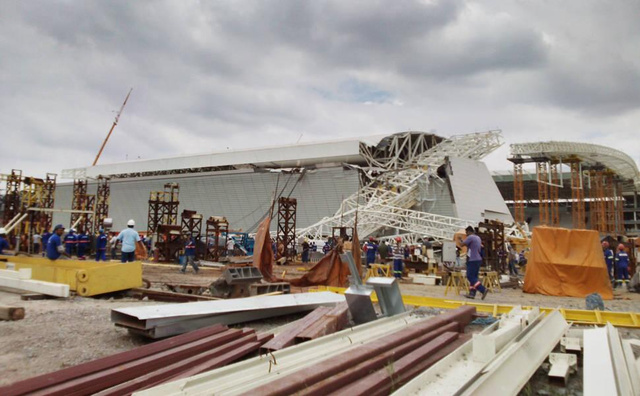 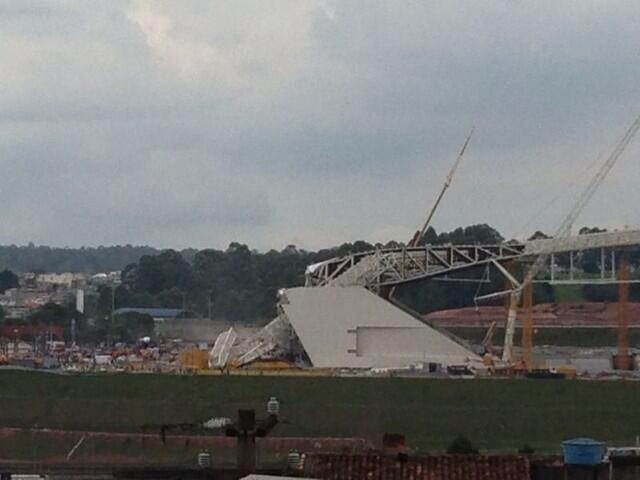 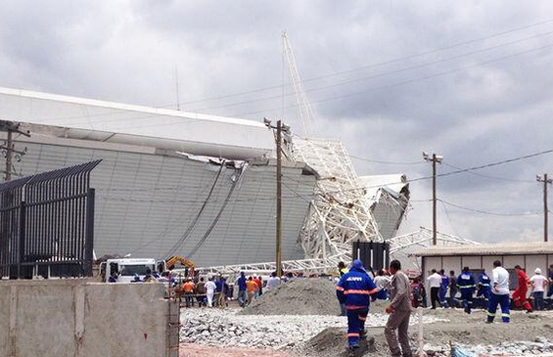