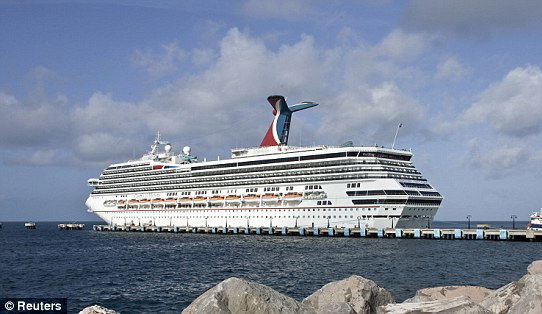 A cruise crew member has been crushed to death while working on the outside of a ship after becoming wedged between a lift and a platform.

The man was carrying out maintenance work on the Carnival Conquest cruise ship while it was docked in port in New Orleans on Sunday.

The firm confirmed that he died after becoming stuck between a cherry picker – which lifts workers up -Â  and a platform holding one of the lifeboats.

It added in a statement: ‘The ship’s medical team responded, along with local paramedics, but, tragically, the crew member died. The ship was docked in its home port of New Orleans at the time.

‘We extend our deepest sympathies and heartfelt condolences to our crew member’s family and loved ones in the wake of this terrible tragedy. Everyone in the Carnival family is heartbroken.’

The man’s identity has not yet been released,Â Nola.comÂ reports.

The accident took place at around 10am, and the Harbor Police and New Orleans Police Department responded.
Read more:Â http://www.dailymail.co.uk/news/article-2470117/Carnival-cruise-worker-crushed-death-lift-working-ship-port.html#ixzz2iO8iG98h
Follow us:Â @MailOnline on TwitterÂ |Â DailyMail on Facebook