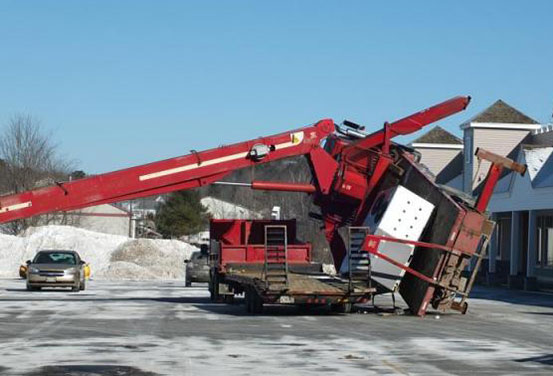 A utility crane tipped over in the Small Mall parking lot at approximately 9 a.m. on March 6.

No injuries were reported at the scene, however a 2004 Chevrolet Trailblazer belonging to Leisha MacDougall was badly damaged.

MacDougall and Radio Shack manager Tom Dewey were opening the store, when they spotted a man running frantically in the parking lot.

â€œWe saw the guy running, and then there was this hellacious crash, and then we look and there is a guy hanging on the rigging,â€ MacDougall said.

An old heating unit was being replaced above the store by Midcoast Energy Systems from Damariscotta, according to Dewey.

Dewey said he saw one of the workers standing on the diamond plate steel step of the crane truck at the time of the accident.

â€œThe big guy in the coveralls rode it down,â€ Dewey said. â€œThen we saw the other guy just running the other way, he was just getting the hell out of dodge.â€

It wasn’t until after the dust settled that MacDougall noticed the crane’s boom had scraped the backside of her car.

â€œIn light of how bad it could have been, that’s the least of my worries,â€ MacDougall said. 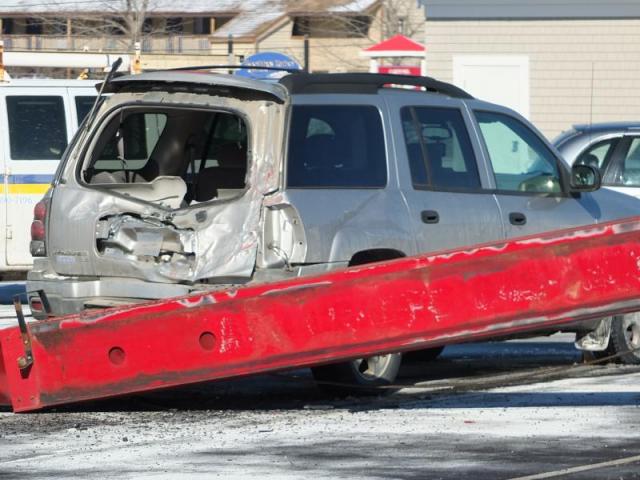 The back of a Chevy Trailblazer was badly damaged when a utility crane tipped over on March 6. RYAN LEIGHTON/Boothbay Register 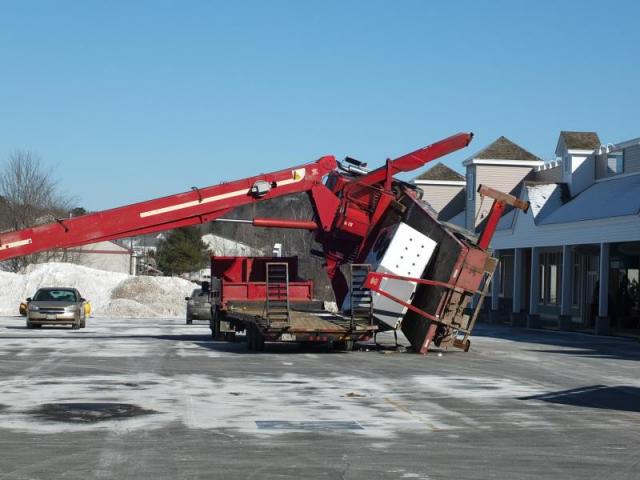 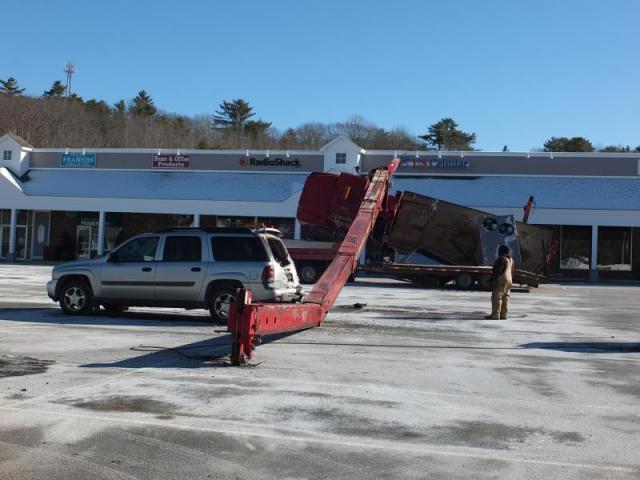 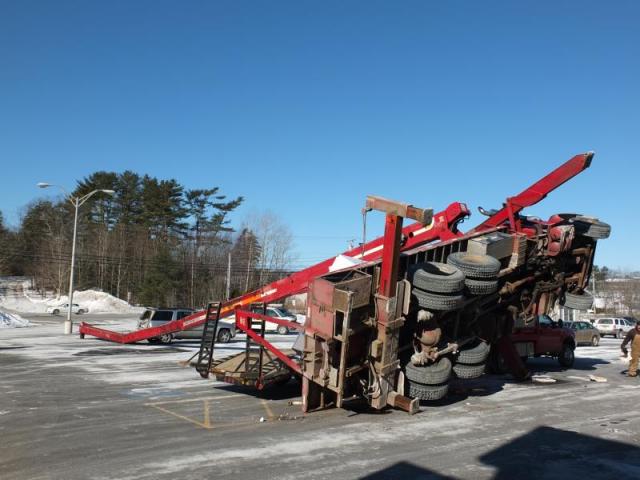