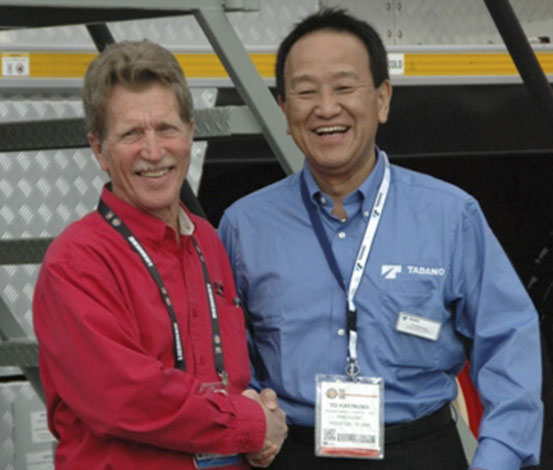 Leaving Las Vegas on Sunday and on their way to work for various crane and rigging companies throughout the country are seven cranes that have been exhibited on the Tadano stand during ConExpo.

â€œTadano sees the big picture because in our business so much money is invested in the purchase of a crane that Bragg relies on a safe, reliable and innovative product like Tadano to deliver profits,â€ said Scott Bragg, vice president/ COO, Bragg Companies. â€œOur customers understand that when they have a Tadano on their job site they know that is a huge asset and that is why Bragg chooses Tadano time and time again for their safety, reliability and overall ability to maintain maximum uptime and dependability.â€

This will be Braggâ€™s first GR-1600XL-2, which is Tadanoâ€™s largest capacity rough terrain. Tadano said the ATF 220G-5 is its best selling AT.

Imperial Crane Services will soon take delivery of a 75-ton capacity Tadano GR-750XL-2 that was exhibited at ConExpo. This will mark the sixth 75-ton RT that Imperial has purchased from Tadano in 2014.Â  Imperial is located in Bridgeview, IL and has offices in Griffith, IN and Houston, TX.

â€œWe have been a Tadano dealer for nearly 20 years, during which time Tadano has consistently provided Imperial with rough terrain cranes that have been state-of-the-art and the most maintenance free, reliable cranes in the industry,â€ said B.J. Bohne, president and CEO of Imperial Crane Services, Inc.

Southwest Industrial will take two new Tadano cranes back to Phoenix after ConExpo, a GR-1600XL-2 rough terrain and the ATF 400G-6 all-terrain crane.

Harry Baker, Southwest Industrialâ€™s owner, said, “I have bought and will continue to buy the Tadano product because of their superior reliability and low owning and operating cost. I am looking forward to the addition of the ATF 400G-6 and trying out the GR-1600XL-2 as the largest rough terrain on the market. The Tadano line has served me well.”

This will be Southwest Industrialâ€™s first GR-1600XL-2. The 160-ton crane is Tadanoâ€™s largest rough terrain, and among the highest capacity RTs on the market. 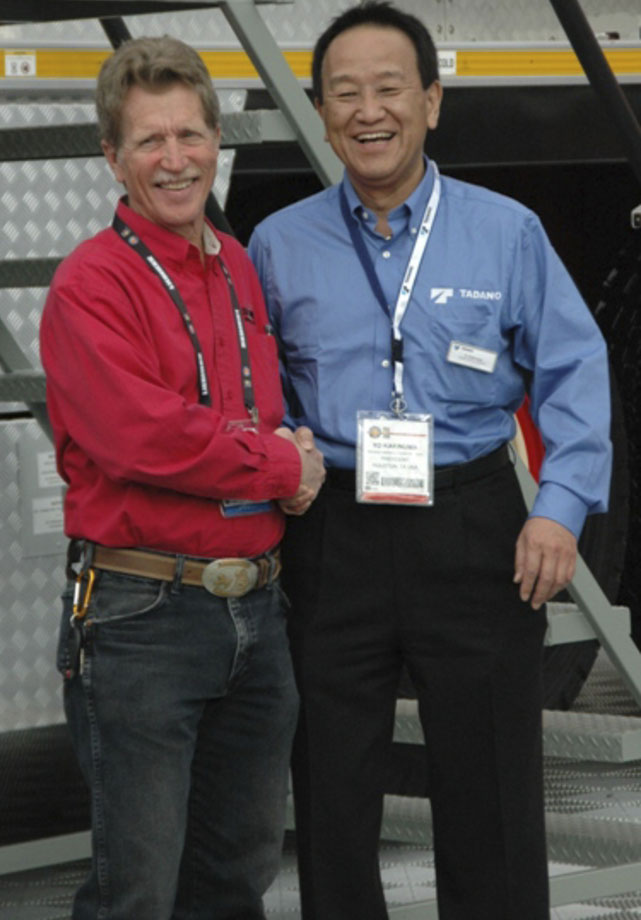