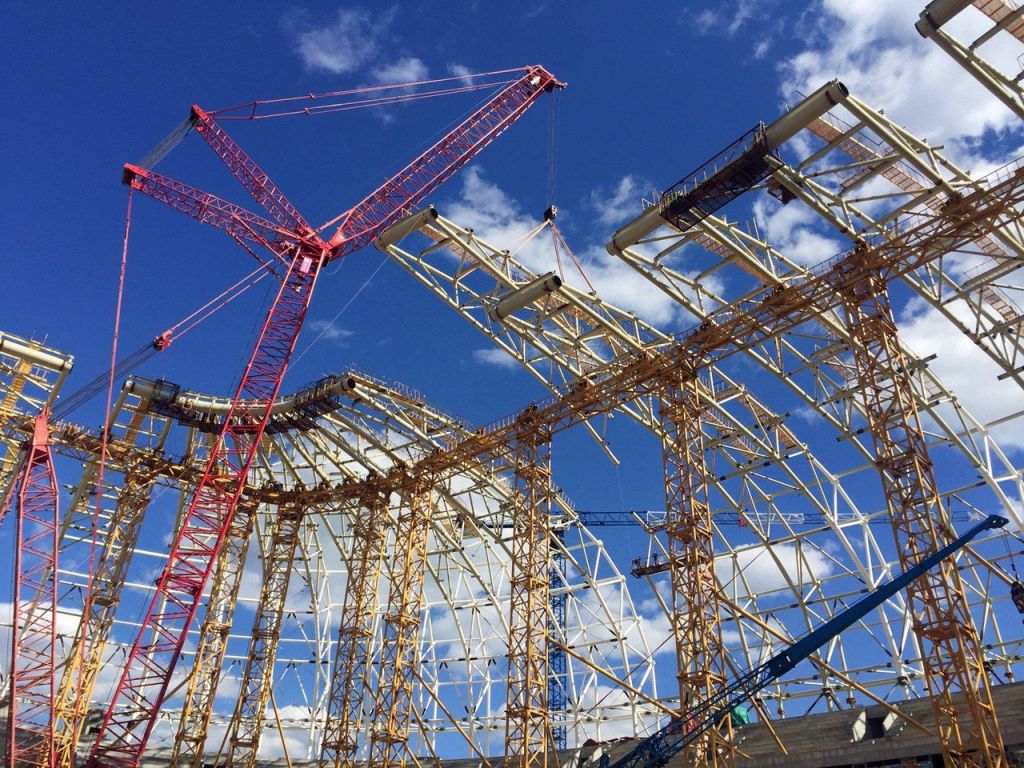 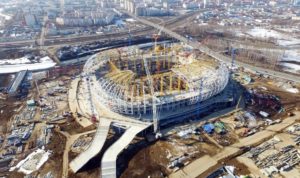 With the 2018 FIFA World Cup quickly approaching, the host stadium in Saransk, Russia, is taking shape. ALE performed the lifting and installation of 1,300 roof sections on Mordovia Arena stadium. Each section had different dimensions and weighed 80 tonnes each.

ALE used its 750-tonne capacity crawler crane with a 45-meter luffing jib in the largest configuration possible to lift and install the roof sections. Because of the limited space inside the stadium, there was just enough room for the crane to pass through the gates. ALE then stretched the boom to 118 meters.

It took nine months to lift and install the roof sections and, despite the challenging winter season, ALE was able to meet the set deadlines of the building the stadium’s building schedule so it is ready for the 2018 FIFA World Cup.

Once complete, the seating capacity for Mordovia Stadium in tournament mode will be 45,000. After the World Cup, the stadium will host FC Mordovia Saransk of the Russian Premier League, replacing Start Stadium. The upper stands also will be dismantled, and seating will be reduced to 28,000 spectators during regular play.