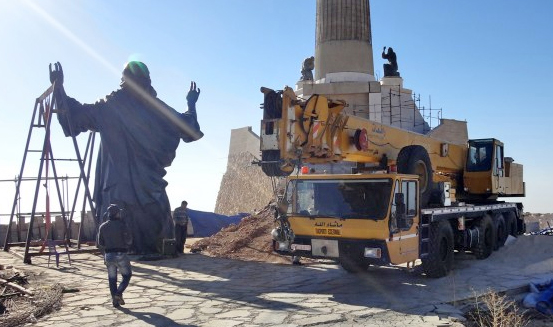 BEIRUT â€” In the midst of a conflict rife with sectarianism, a giant bronze statue of Jesus has gone up on a Syrian mountain, apparently under cover of a truce among three factions in the countryâ€™s civil war.

Jesus stands, arms outstretched, on the Cherubim mountain, overlooking a route pilgrims took from Constantinople to Jerusalem in ancient times. The statue is 12.3 meters (40 feet) tall and stands on a base that brings its height to 32 meters (105 feet), organizers of the project estimate. 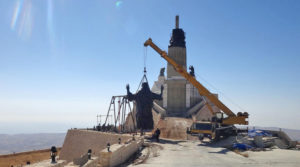 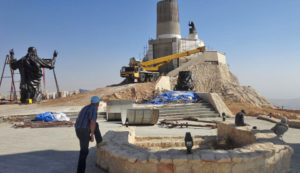