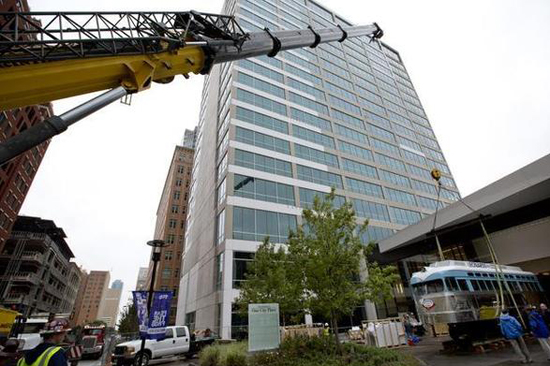 The No. 1 car of the Leonards M&O Subway arrives and is lifted into its new home on Monday, November 4, 2013. It shuttled its passengers from a station near the Trinity River through a tunnel under West Belknap Street to Leonards Department Store downtown. Silver and blue, it was a part of the only privately owned subway system in the country. The subway got its name, the M&O, from the brothers who owned the store, Marvin and Obidiah “Obie” Leonard. Now the No.1 car is installed in the annex lobby of One City Place where it will be a static display. (Star-Telegram/Joyce Marshall) 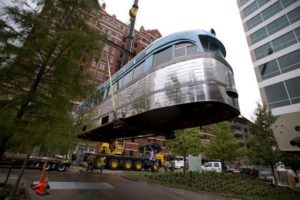