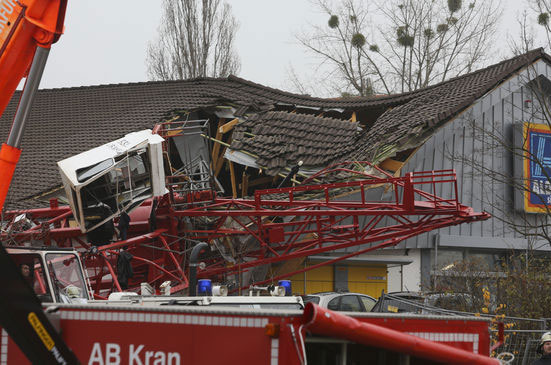 BAD HOMBURG â€” German police say one person has been killed and at least five others injured when a crane collapsed onto a supermarket in western Germany.

A collapsed crane lies on the roof of a supermarket in Bad Homburg, Germany, Wednesday, Dec. 11, 2013. Bad Homburg police spokesman Siegfried Schlott told The Associated Press it was not yet clear whether any other people were still trapped in the building.

The crane fell onto the checkout area of the supermarket in the town of Bad Homburg, near Frankfurt, shortly before noon, causing part of the building to collapse.

Schlott says other parts of the building remain at risk of collapse. 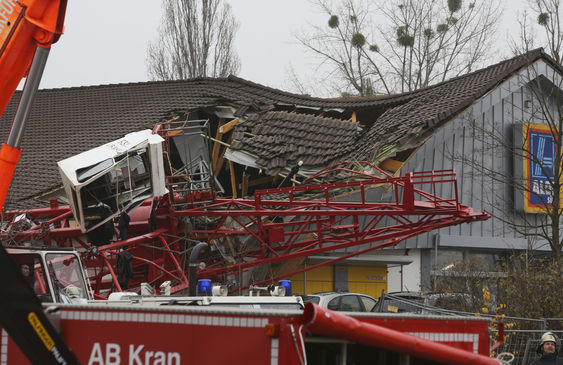 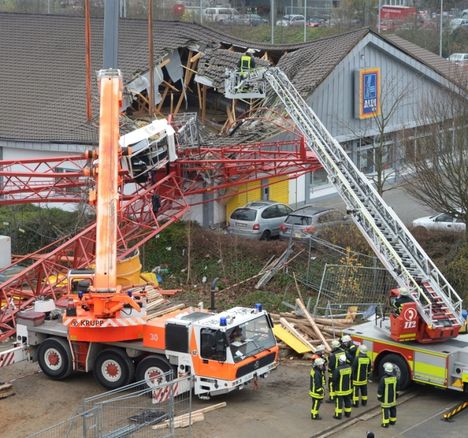 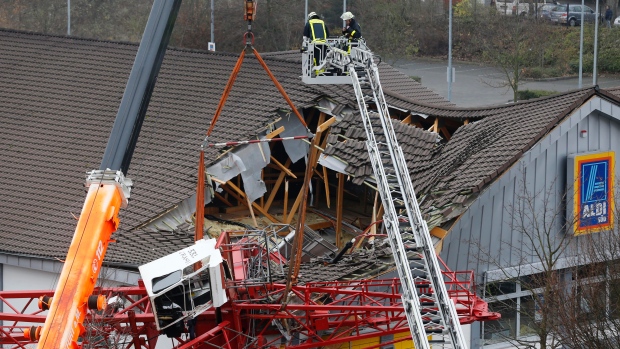