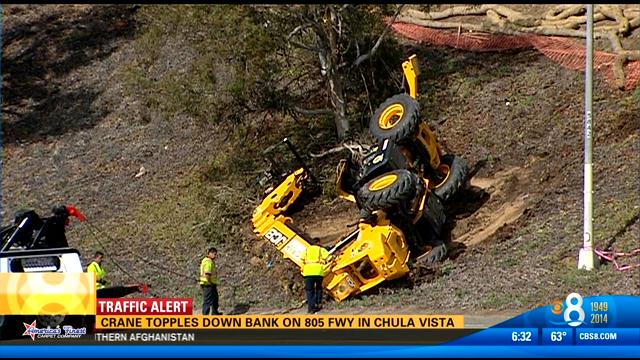 CHULA VISTA (CBS 8) – A construction worker is hurt tonight after a crane accident in the South Bay.

The worker was in this crane just after noon, when it toppled down a hill on the right side of northbound Interstate 805, nearÂ Telegraph Canyon Road.

The worker reportedly suffered injuries to his head, but there’s no word on his condition tonight. The cause of the accident is under investigation.

A tow truck was called in to set the crane upright. Traffic on the 805 was not affected.