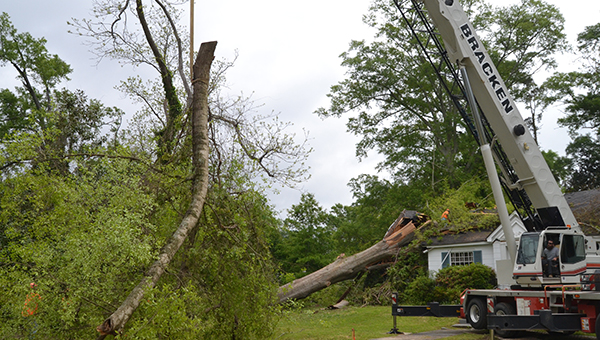 Wayne Smith Tree Service utilized a 50-ton crane, two Bobcat dozers and a five-man team to remove the tree, which had imbedded itself into the roof and interior of the house.

The crane removed the large cut-off sections one by one hroughout the morning. Smith’s crew worked on the tree removal project from 8 a.m. Tuesday until 5 p.m.

Smith said local contractor, Hugh Mathis, was going to get a tarpaulin placed over the roof today. The house, which was the home of the late Wylma Mitchell, was owned by her sons, Ken and Hugh Mitchell. No one was in the house at the time of the storm. Johnny Lynch of Brookhaven said he plans to work with the family and try to save the house.

Smith said the crane was brought in from Jackson since there are no longer any larger cranes like it available locally. “There’s no way to lift it off without a crane” Â he said, due to the weight of the tree and the fact that it was lying on the roof. Smith said this was not the largest tree he’s had to remove, but it was one of the larger ones. 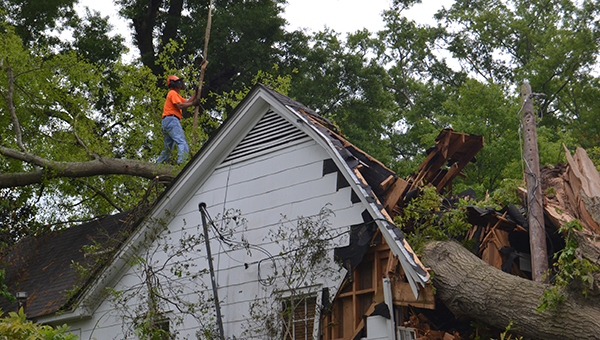