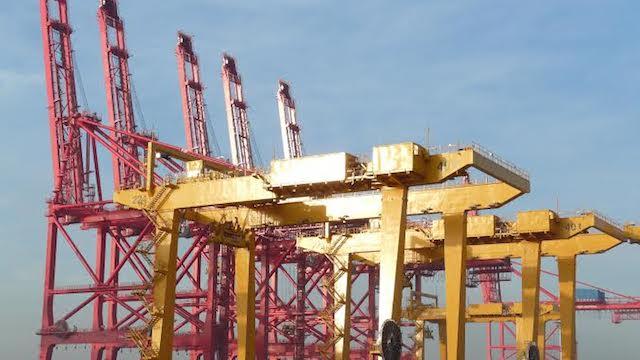 ZPMC will initially supply five ship-to-shore (STS) megamax quay cranes and 12 cantilever rail-mounted gantry cranes (CRMGs) in phase 1 of the project and a further 3 three STS cranes and 10 CMRGs in phase 2.The contract is a major step forward in the construction of what will be one of Europeâ€™s most advanced container facilities, scheduled to open at the end of 2015.

The combined handling capacity of the five â€˜megamaxâ€™ STS cranes and 12 CRMGs will dramatically increase the portâ€™s productivity and efficiency, delivering major benefits and cost-savings for customers using the Port of Liverpool as their UK gateway.

Mark Whitworth, chief executive of Peel Ports Group said: â€œThese cranes are a vital element in making Liverpool2 among the worldâ€™s fastest, most efficient container ports. The fact that weâ€™ll be able to handle 90% of the global fleet at the Port of Liverpool will be a true game-changer for shipping lines. The cranes will help future-proof the UKâ€™s most centrally positioned deep water port for growth.

â€œCombined with our recent multi-million pound investment in the world-leading Navis N4 terminal operating system, the facility will dramatically cut transfer time from port to road or rail, maximising our productivity.

â€œItâ€™s a significant investment for the long term and the most important development at the Port of Liverpool in the last 20 years.â€

Mr. Liu Qizhong, Senior Vice President of ZPMC said: â€œThe specification set out by Peel Ports was extremely demanding. It is clear their ambition to set new standards in port handling technology is a serious one. The combination of deep water and cutting edge technologies sets a new standard for ports innovation in Europe.â€

ZPMC, the largest heavy-duty equipment manufacturer in the world, has chosen to site its UK service centre in Liverpool, to coincide with the arrival of the cranes in 2015. Specialist engineers will provide round-the-clock operational support to ensure proactive and real-time service and maintenance, ensuring maximum productivity from the Liverpool2 terminal at all times.

The world-leading megamax cranes will enable the port to simultaneously handle two post-Panamax vessels (up to 13,500 TEU) on the Liverpool2 berth.