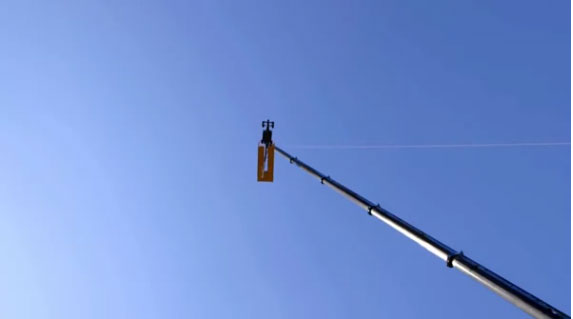 As far as promo videos go, this is pretty good.

Top Gear recently ran a festival in Durban, South Africa, with the usual mix of fast cars and silly stunts. But a highlight must have been this trick – when resident stuntman the Stig drove a Formula 1 car off a bungee crane at 300 feet.

There’s a lot of build-up in the video production, so skip to about 1:15 for the madness itself.

The video is a Top Gear character at a Top Gear festival driving a Lotus F1 car and is, for some reason, sponsored by a deodorant. But it’s still great.

It’s actually the second in a series – the promotional video for this stunt featured the Stig “stealing” a Lotus car from their headquarters in Oxfordshire, UK. While it’s obviously completely staged, it’s still pretty humorous for any F1 fans out there.