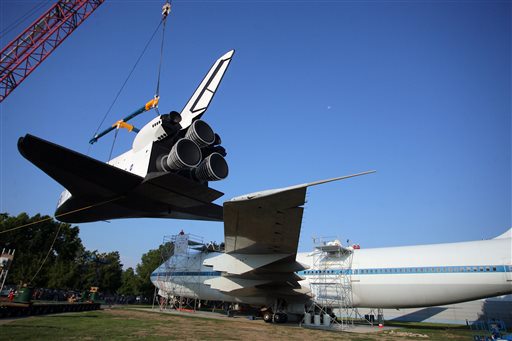 HOUSTON (AP) â€” Crews used a massive crane Thursday to hoist a replica of a space shuttle to its new home atop a modified jumbo jet atÂ Space Center Houston.

The replica named Independence was eased on top of the Shuttle Carrier Aircraft, or SCA, and workers began securing the pair for a new $12 million exhibit at NASAâ€™s Johnson Space Center.

The old Boeing 747 formerly transported shuttles piggyback to Florida following flights. Visitors will be allowed to enter both vehicles when the permanent exhibit opens in 2015.

â€œThe experimental exhibit will feature the remarkable history of the shuttle program and its role in shaping current NASA initiatives to explore asteroids, the moon, Mars, and beyond,â€ according to a statement on the Space Center Houston website.

Hundreds of people attended ceremonies Thursday morning, dubbed â€œRise of Independence,â€ before the replica was moved on top of the SCA in a delicate operation streamed live online, to the tune of patriotic music.

The SCA reached its new home at the nonprofit Space Center Houston on April 30 after being moved, in pieces, on a highway from Houstonâ€™s Ellington Field.

The replica was a consolation prize for Houston, which is home to Mission Control but lost out in obtaining one of NASAâ€™s four retired space shuttles. The name Independence was the winner from among more than 10,000 entries received last summer by officials at Space Center Houston.

The center still needs to raise $2.2 million to complete the exhibit, according to its website. The combined attraction will stand more than 8 stories tall and feature interactive exhibits.

A crane lifts a space shuttle replica to be place atop the Shuttle Carrier Aircraft (SCA) Thursday morning, Aug. 14, 2014, at NASAÂ’s Johnson Space Center in Houston. The old Boeing 747 formerly transported shuttles piggyback to Florida following flights. Visitors will be allowed to enter both vehicles when the permanent exhibit opens in 2015. (AP Photo/Conroe Courier, Kar B Hlava) 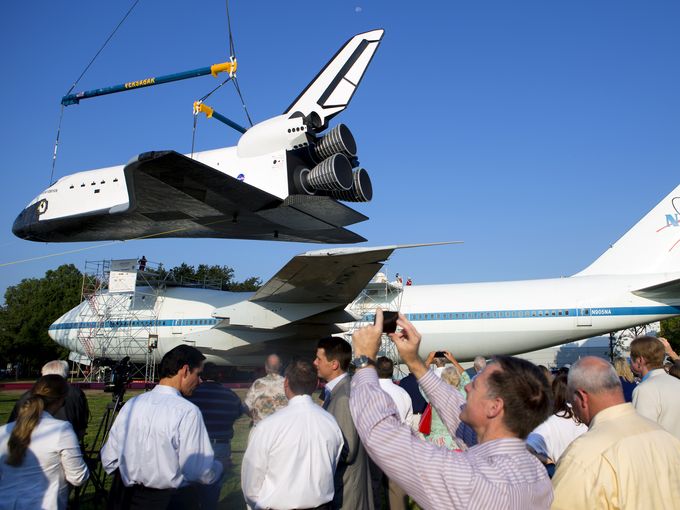 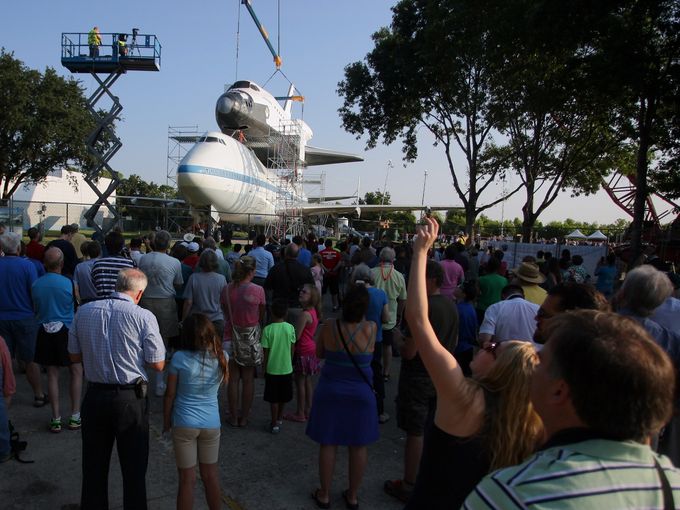 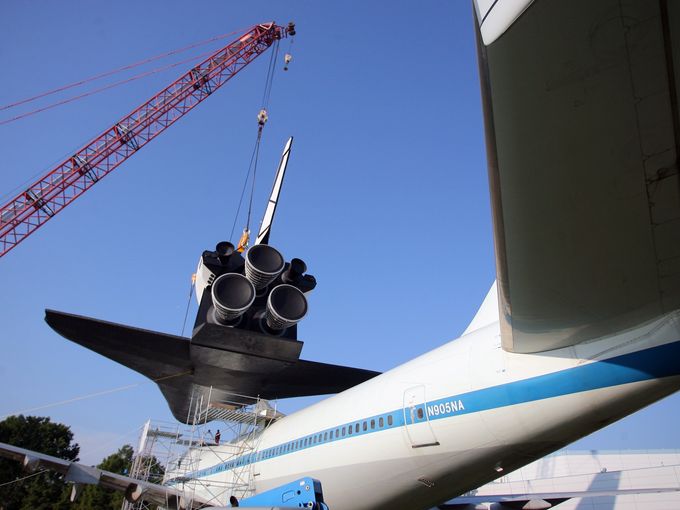 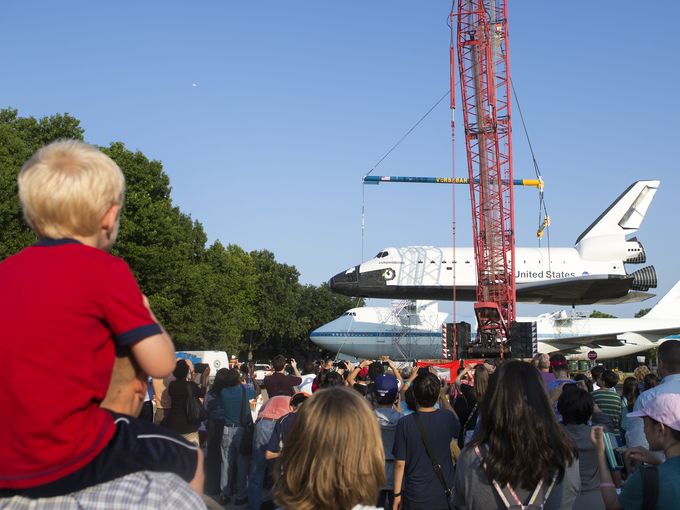