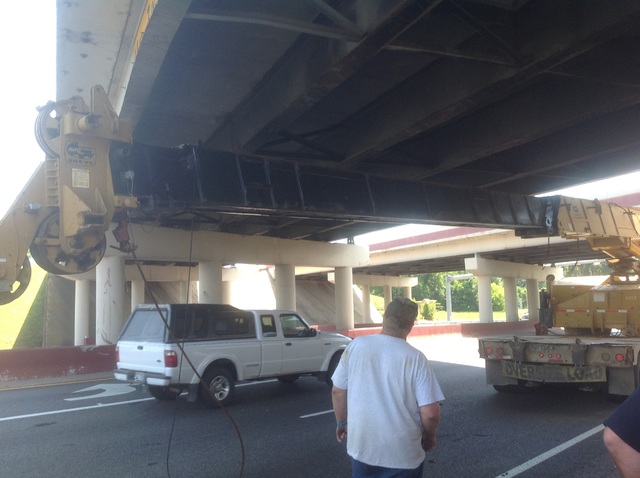 According to TxDOT, southbound traffic on 69 was stopped when a large crane on the back of an 18-wheeler hit the westbound I-20 steel bridge. The crane, which belongs to a TxDOT contractor, was quickly removed and traffic return to a normal flow.

The overpass sustained only minimal visible damage, however, a TxDOT engineer was sent to the scene to conduct a more thorough inspection. The structure has since been deemed safe by the engineer and remains open to traffic.

No repairs will be required.

The Lindale Police Department also responded to the scene.