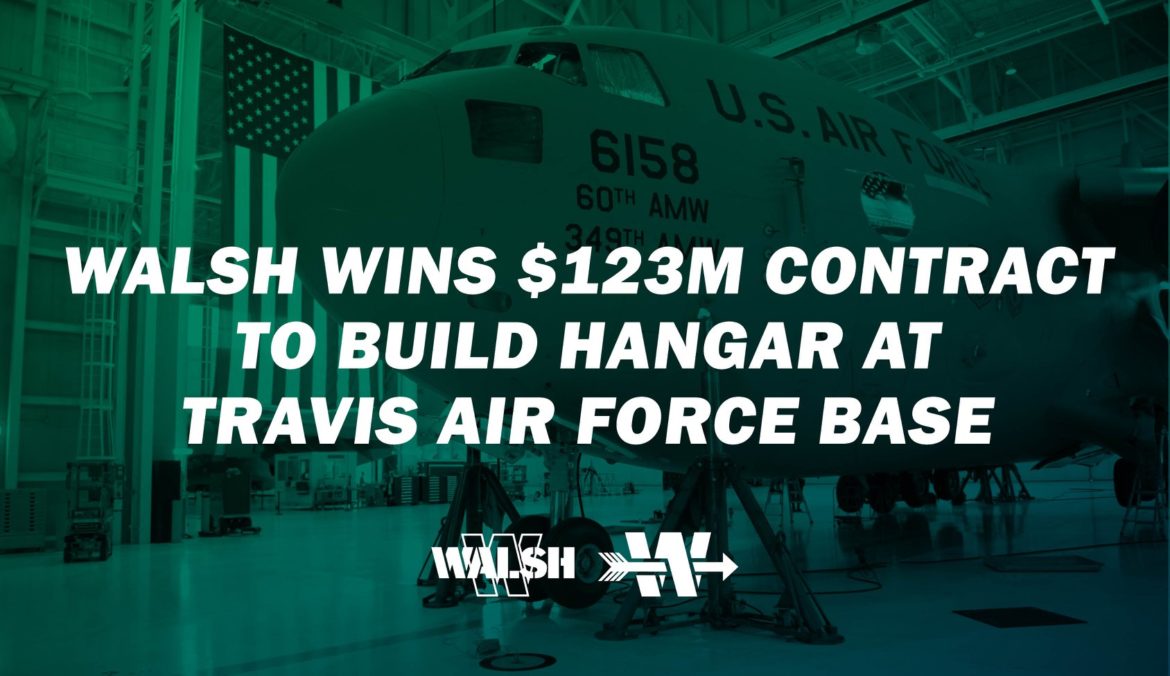 The U.S. Navy has awarded Walsh Group’s federal business a potential $124.5M contract to build a three-bay hangar at the Travis Air Force Base in Fairfield, California.

The aircraft maintenance facility will be built with adjoining hydraulic, electro-environmental and general maintenance shops and administrative or support areas, the Department of Defense said Tuesday.

The firm-fixed-price contract contains five options and a pair of planned modifications. Additional work could include the provision of convertor cables and hangar bay coating, restriping of parking lot and management of contaminated soil.

According to DoD, the initial obligated amount of $123.6M is from the fiscal 2018 military construction and Air Force contract funds.

Naval Facilities Engineering Command received two proposals for the project, which is projected to be finished in June 2022.

Terex Team Members to be Featured in...