Terex Team Members to be Featured in TV Show 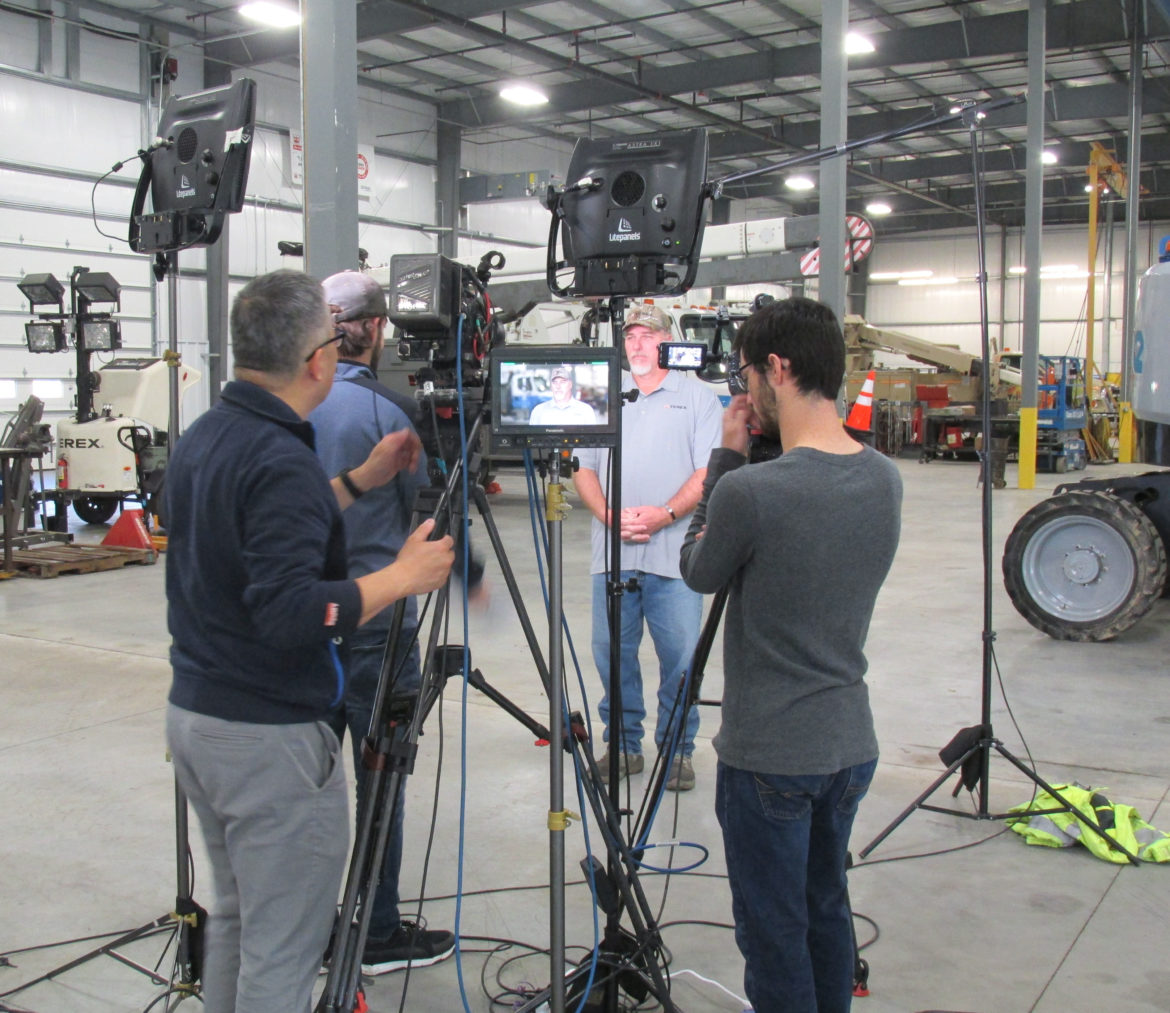 Watertown, S.D. – (Dec.12, 2018) – Five Terex Service Center team members were recently interviewed for an episode of Military Makeover: Operation Career, to air on the Lifetime Network on Dec. 20 at 7:30 a.m. EST. The television series highlights military veterans who have transitioned out of the military into successful civilian careers. The Terex team members who were filmed for the show previously served in the U.S. Marines, Army, Navy, and Air Force.

“Military veterans with technical skills are a great fit with Terex Services. Terex needs diversely talented shop technicians and mobile field service technicians to serve customers,” said Richard Gunderman, VP Parts & Services for Terex Utilities, who is himself a veteran of the U.S. Marines. Gunderman has worked for Terex for more than 18 years, holding various roles in customer services, materials, and operations.

Robinette has been with Terex for almost six years. He served in the U.S. Army for 10 years, making three trips to Iraq during Operation Iraqi Freedom. He spent a total of 365 days in Iraq during his service.

Myers has been with Terex for eight years, initially in Field Service and for the last four years in his current position. He served nine years in the U.S. Navy as an Air Frame Structural Hydraulic Mechanic and retired from the U.S. National Guard after spending 11 years as an Aircraft Electrician.

Barrows served in the U.S. Army for 2-1/2 years as a Medical Supply Specialist – making sure that the people on the field and the base hospital had the correct medical supplies. She has been with Terex for almost eight years and is currently the Branch Operations Specialist. As a female veteran transitioning to the civilian workforce, it was important to find an employer that was a good fit. Terex has been recognized by multiple organizations for being among the best places to work for women, including a 2018 ranking by Fairygodboss, based entirely on employee reviews, and a 2016 accolade by Women Engineer magazine.

Beach has been with Terex for almost 25 years. He served 10 years active-duty with the U.S. Air Force, then three years in the Air Force Reserve and Air National Guard. While active-duty, Beach was a Bomb Transport Specialist during war time missions and an Aerospace Ground Equipment Technician when at home. He was deployed during Operations Desert Storm, Desert Calm and the Deny Flight in Italy.

“I am honored that Terex thinks so highly of me and my contribution to the company,” said Beach upon being included in the filming of the television show. “As a Field Service Technician, I enjoy the flexibility to be my own boss, with control over my schedule and coordination of work responsibilities,” said Beach.

The need for skilled workers in all segments of industry, including manufacturing, continues to grow along with the U.S. economy. For the first time, there are more job openings than eligible workers to fill them. “Terex provides ongoing technical training to develop team members’ skills, and encourages continuous improvement by offering free courses to team members through Terex University,” said Gunderman.

“Many of the company’s values align with those of military veterans—diversity, safety, servant leadership, courage. It is an exciting time to be part of the expanding manufacturing and services sector. Terex is a place where you can work and grow,” he said.

Beach advises other military veterans as they prepare to transition to civilian careers: “Believe in yourself and the drive to excellence that the military instilled in all of us. Don’t forget the job training that was given during your time in the military and the ability that you have to adapt to any life scenario put in front of you.”