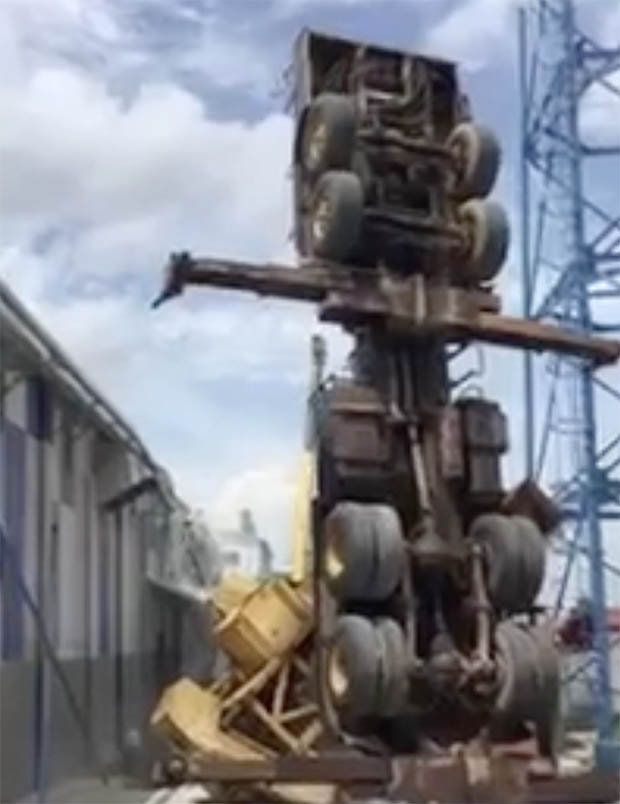 The total destruction was caught on camera but the footage starts quite calmly, as it shows the crane successfully carryingÂ the heavy tanker.

The crane, believed to be a 50-Ton Grove TMS475, begins to move the tower in the right direction, but seconds later, disaster strikes.

Once the tower is being solely supported by the crane, the sheer weight of it soon starts to cause a major problem.

The footage â€“ filmed at a site in Guatemala â€“ shows the bottom of the truck mountedÂ crane starting to lift from the ground under the weight.

A nearby worker, recognizing the danger, shouts out to try and stop the impending catastropheÂ is too late.

The crane begins to completely topple over, sending the water tanker plummeting to the ground andÂ both tanker and crane smash into a building on the way down.

Car alarms go off after the terrifying incident but thankfully no-one was hurt.