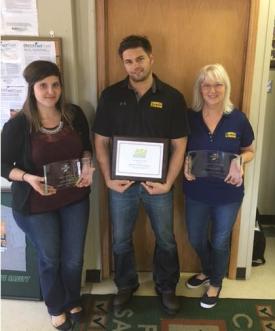 The Association for Subcontractors and Affiliates (ASA) has recognized Imperial Crane Services, Bridgeview, Ill., as one of its members that has excelled at safety.

Winners were determined according to their success in lowering a combination of safety-related factors, including Experience Modification Rate (EMR), OSHA Recordables and Citations, and DART Rate.Â At the event, Imperial Crane was recognized with a two year bronze safety award.

Imperial Crane was nominated for contractor of the year, but received the Recognition and Excellence awards.

The Recognition award honors companies with DAFW, DART, and TRIR lower than the national industry averages for the company’s NAICS code group.

The Excellence award is given to companies that have met the achievement award criteria for the last three years and have demonstrated an acceptable safety-management system.