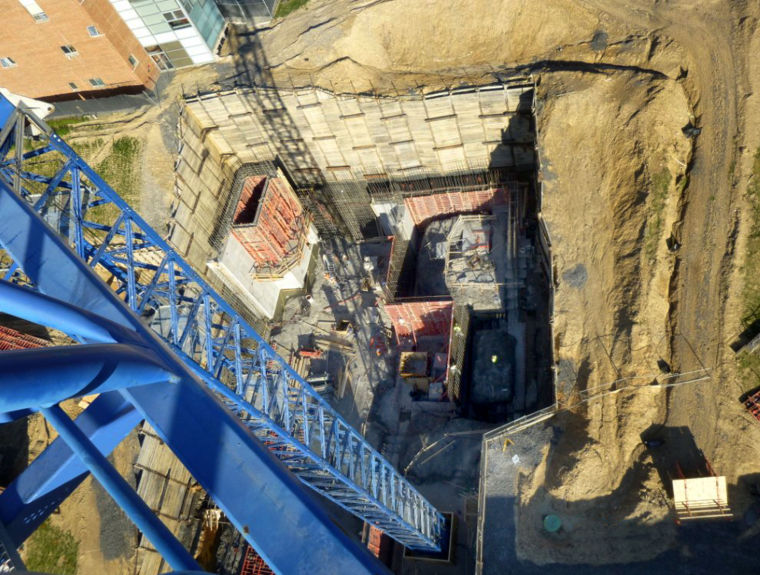 The huge crane in the middle of campus at the University of Virginiaâ€™s College at Wise marks the site of a structure that will soon be like a lantern to light the way on campus, one college official said.

UVa-Wise is about a year into building a $37.1 million, 66,000-square-foot library that will be six stories and boost academic performance, said Sim Ewing, the collegeâ€™s vice chancellor for finance and administration.

â€œIt will really become the hub of the academic campus,â€ Ewing said. â€œThe architect has been calling it the lantern, because of the glass on it, and where itâ€™s in the center of campus it will be like a lantern in the middle of campus, drawing people to it. It will enhance our ability for learning and also to develop academic programming on campus.â€

The new building will have room for about 300,000 volumes â€” up from 150,000 in the current library â€” and study spaces on each floor, Ewing said. It will have meeting spaces and a coffee shop, too.

â€œItâ€™ll help studentsâ€™ study life, because theyâ€™ll have a place to study any time of the day,â€ he said. â€œIt also provides another vertical lift on campus … with ADA accessibility.â€

The 130-foot crane is necessary because of the limited space for construction materials in the middle of campus, as well as the height of the building project. It has a 155-foot-long boom, and it will be installed for about nine months. No other campus project has used such a crane, Ewing said.

â€œWeâ€™re almost a year into the project and weâ€™re about where we thought weâ€™d be,â€ he said of the progress.

The building is needed because of the growth the college has seen in the past decade, Ewing said.

â€œWeâ€™ve had enough significant growth in the last 10 years that for accreditation purposes, weâ€™re at the max on the current library on the amount of student study space thatâ€™s available,â€ Ewing said. â€œAnd the way students work in a collaborative nature thatâ€™s becoming an increasingly important part. This new library will allow us to continue to grow and expand our reach in the region.â€

The college is also in the middle of another construction project, the Winston Ely Health and Wellness Center, which is being built onto the side of the Slemp Student Center.

â€œIt will be complete this summer,â€ Perry said. â€œWe are closing in the main atrium entrance in glass.â€

The $8.3 million addition will include an exercise area, rooms for yoga and dance, locker rooms and conference rooms for health classes. It will also house the Healthy Appalachia Institute, a partnership between UVa-Wise and the University of Virginia to promote health in the region.

In addition, next spring will see the beginning of construction to replace a dam on campus, Ewing said. The dam was built when that part of campus was mined for coal, and faculty and students asked that the ponds created by the coal companies remain so they could study aquatic life there. The earthen dam will be replaced with a concrete one and is necessary because of recent state reassessments, Perry said. 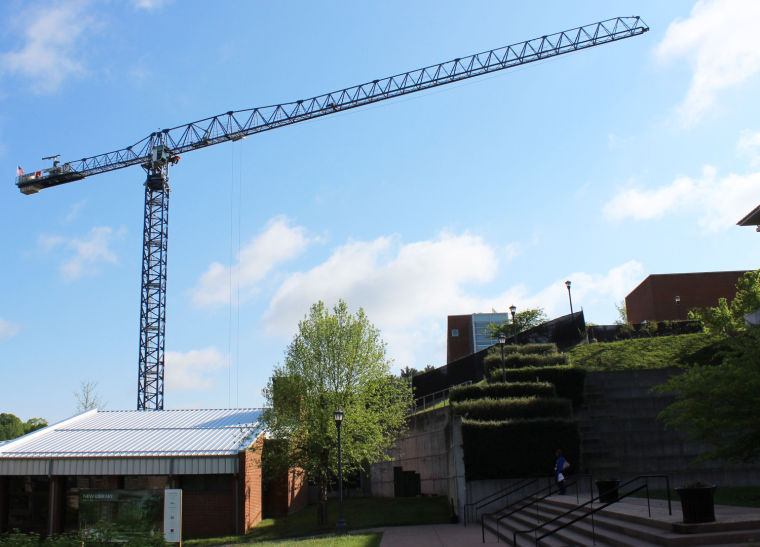 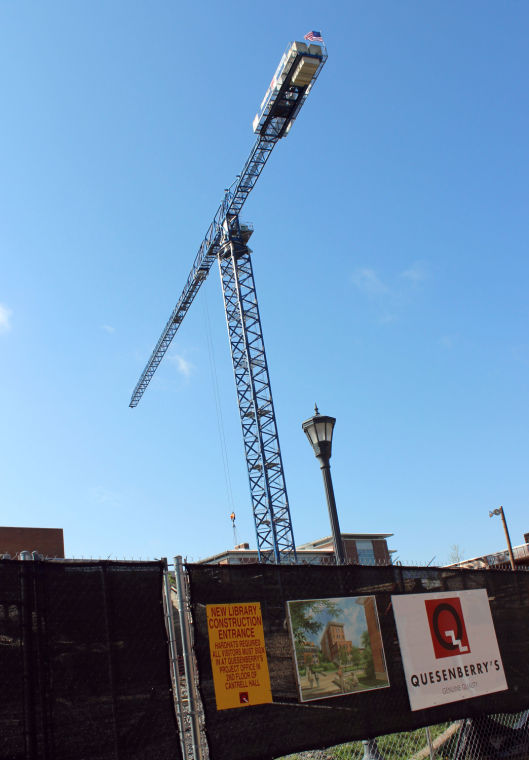