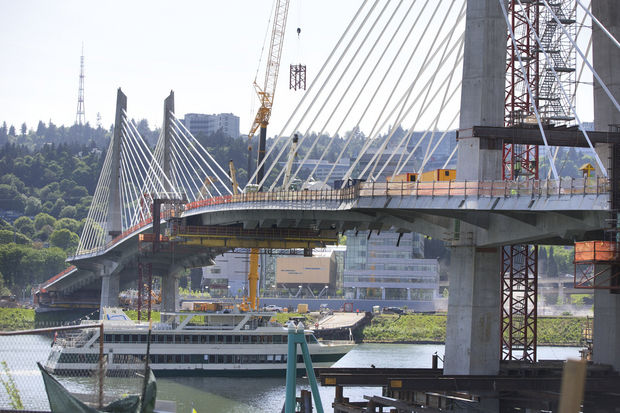 One of the two big red construction cranes that have decorated the Portland skyline during the construction of Tilikum Crossing, TriMet’sPortland-Milwuakie light rail bridge, came down Wednesday after its job was done.

Finish work was progressing on the column caps on the east side of the new Willamette River transit bridge.

The bridge and its associated 7.3-mile light rail project will open in September, 2015. 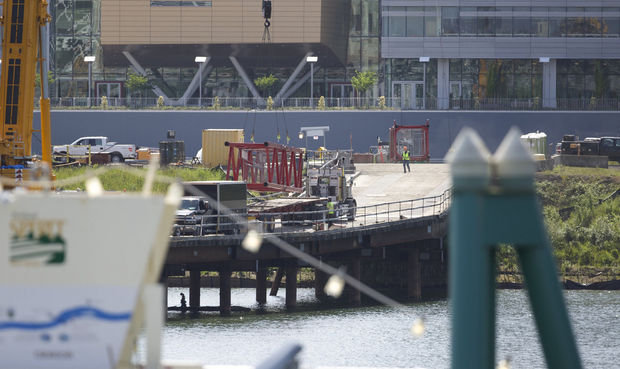 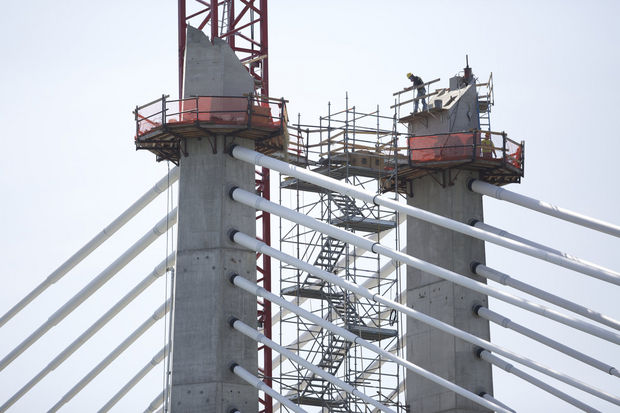 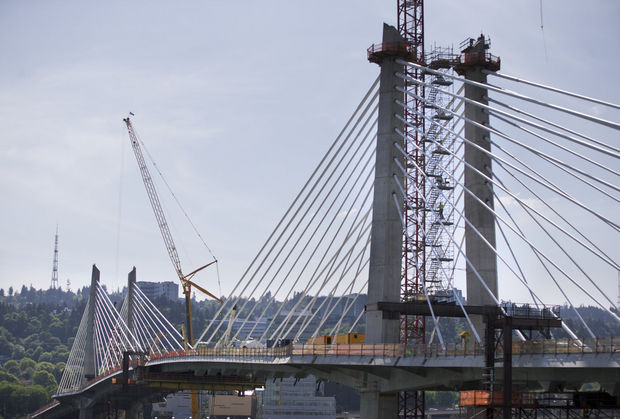 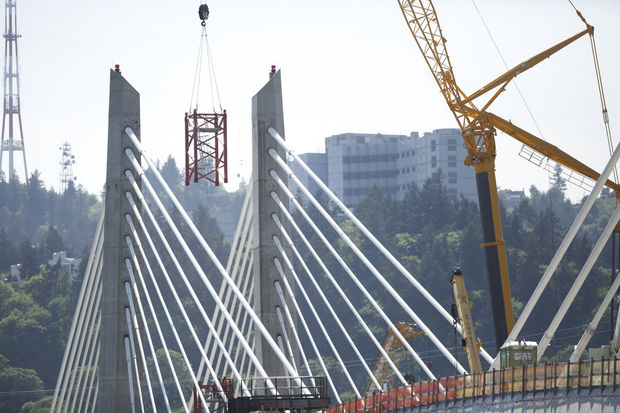 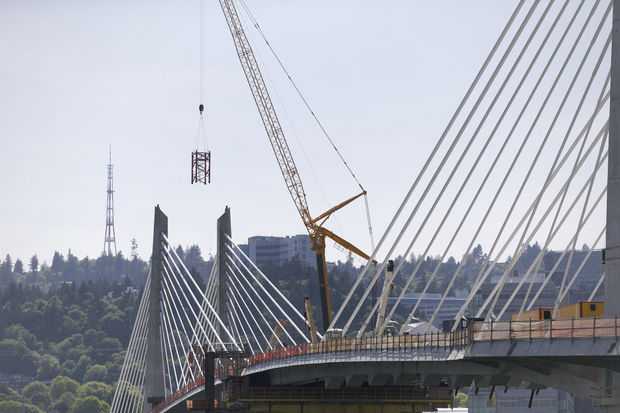 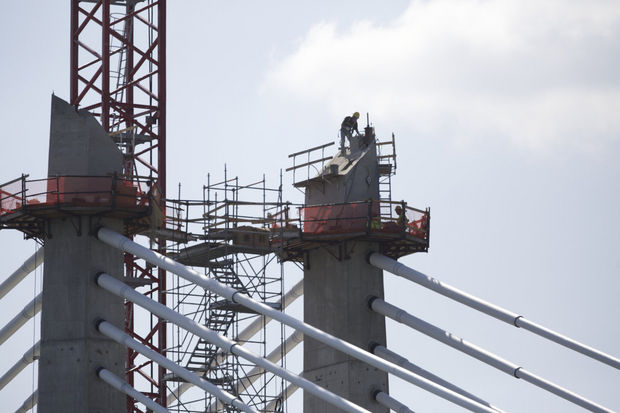 Tower crane dismantled as its job finishes in Portland (Pictures) was last modified: May 8th, 2014 by Ron Selby