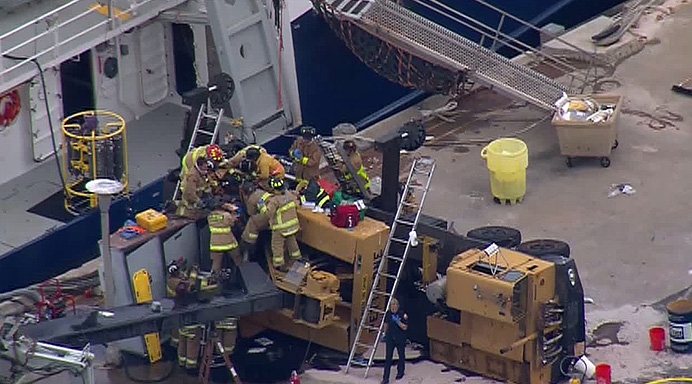 SAN DIEGO â€” A crane operator was badly injured and trapped Monday when the crane overturned while hoisting a large steel container at a Scripps Institution of Oceanography dock in Point Loma.

The accident was reported at 1:45 p.m. at the institutionâ€™s Nimitz Marine Facility at 297 Rosecrans Street.

More than a dozen firefighters worked for more than an hour to free the man from the operatorâ€™s cab. At about 2:50 p.m., rescuers finally managed to extricate the man. He was loaded into an ambulance and driven to a field where a helicopter ambulance was waiting to rush him to a local hospital

The crane was either loading or unloading the container from the R/V New Horizon, which was tied up next to it. The New Horizon is one of the institutions research vessels. 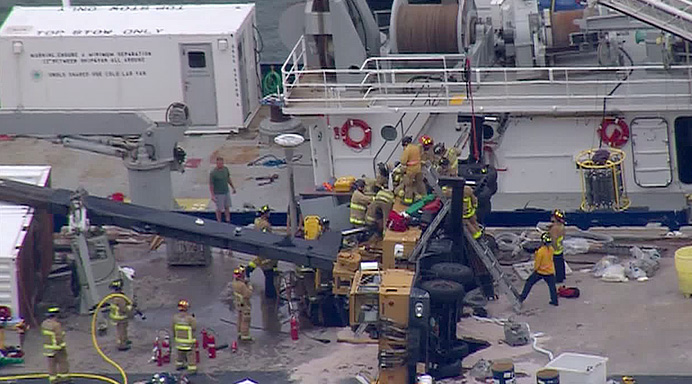