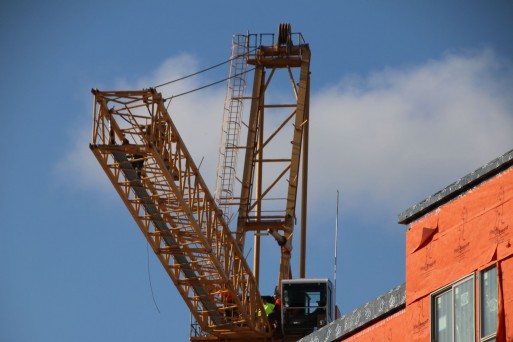 By midmorning, the tower crane atÂ Madison Developmentâ€˜sÂ SpruceÂ project (3922 SW Alaska, once known as â€œThe Holeâ€) was a shadow of its former self. Sixteen months afterÂ it went up, itâ€™s coming down, asÂ previewed here on Wednesday. This has been arguably the most-visible tower crane in West Seattle this year, not just because of the sharper angle at which its jib has been raised, but because theÂ holiday lights installed last yearÂ have stayed up, a prominent feature on West Seattleâ€™s nighttime skyline. Now, though, the apartments-and-health-club project is a few months from completion, and itâ€™s time for the crane to go.

Thanks again toÂ SteveÂ for the tip about the alert notice distributed to nearby residents, which suggested this will be a two-day job. Once this is gone, West Seattle will have two working tower cranes for now â€“ at California/Alaska/42nd and 40th/Edmunds â€“ but the one for 4435 35th SW is likely not far away. (If youâ€™re interested â€“ hereâ€™sÂ an explanation of how tower cranes work.) 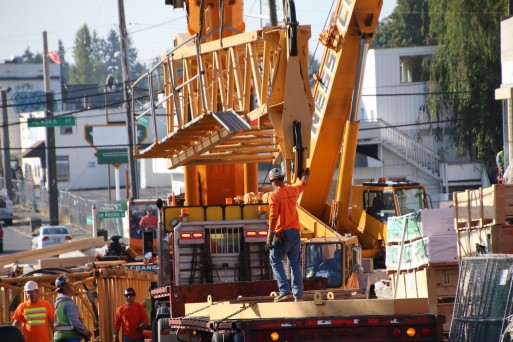 ADDED THURSDAY EVENING:Â Thanks to David for sharing this photo taken as he passed the crane-removal operation late in the day: 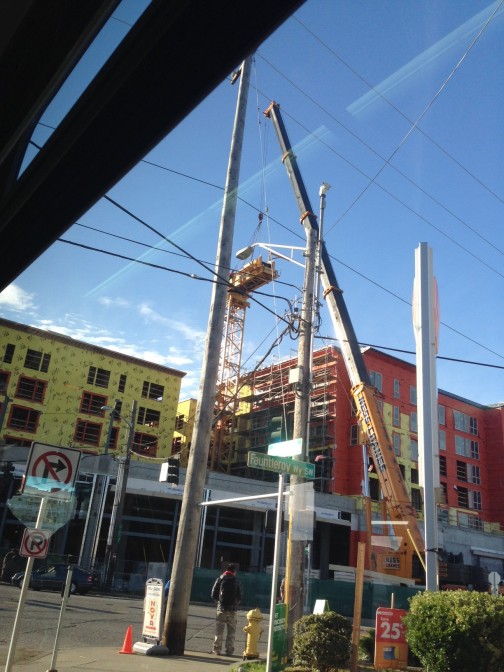 Tower crane coming down at Spruce after 16 months in West Seattle was last modified: October 3rd, 2014 by Ron Selby