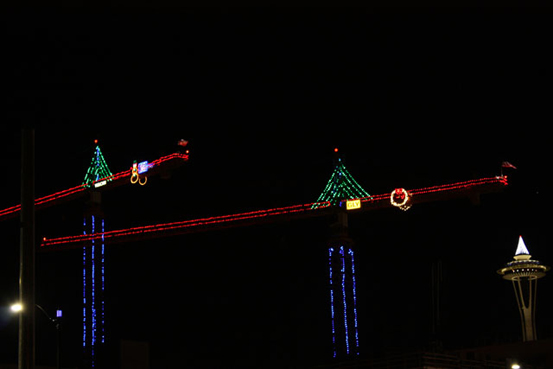 There’s always that one guy in the neighborhood, maybe it’s you, that has to out-do everybody else with his Christmas lights. You probably call him “Clark Griswald” behind his back. 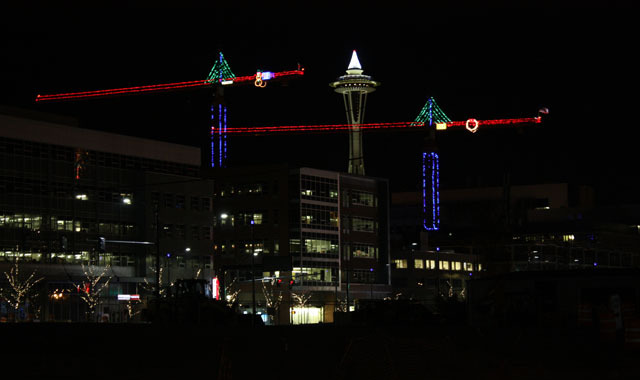 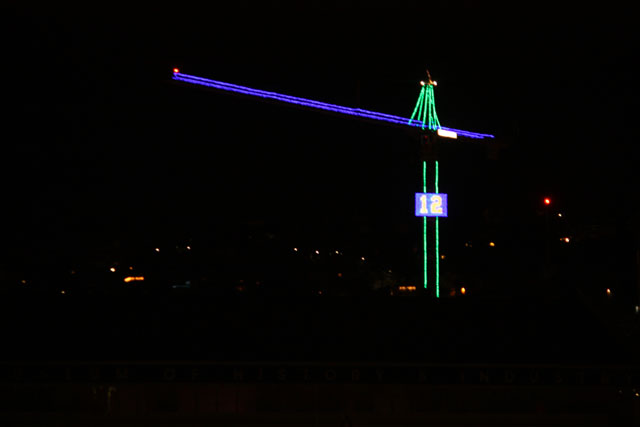 Not to be outdone, JTM Construction went all-out with a 12th Man theme at its Dexter Station Project.
Photo by KIRO Radio/Chris Sullivan

But this Christmas competition isn’t just for homes or neighborhoods. The company’s running those giant construction cranes take their decorations seriously too.

“With the Christmas lights, those are our swords,” John Schimke, the superintendent for GLY construction, said. His two cranes above South Lake Union feature blue-lit supports and red-lit arms. Each have giant green Christmas trees on top. Schimke said they’ve been planning the decorations for months. 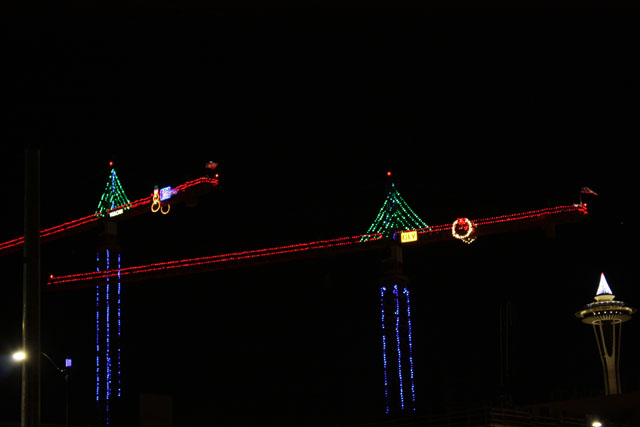 GLY superintendent John Schimke added a snowman, some wreaths and a 12th Man flag this year.

“This year we added a little extra flavor with the snowman, the 12th Man and the wreath, and there was some planning involved,” he said. “That stuff needs to be fabricated and put-together in a same, an appropriate fashion.”

A few blocks away, James Buehler, the superintendent of JTM Construction, began his preparations in July. He wanted the Seahawks logo in lights, but a copyright got in the way. He decided to put nearly 4,000 lights into a giant 12th Man display. “We throw some ideas out there, and some of them stick,” he said. “Obviously, the 12th Man everybody got really excited about it on the job and wanted to be part of it.”

Buehler said he does keep an eye on what the other job sites are doing. “Seattle’s a small town,” he said. “We all have friends at other companies that have cranes up. There’s a little competition, of course. You want to have the brightest and best crane out there.” 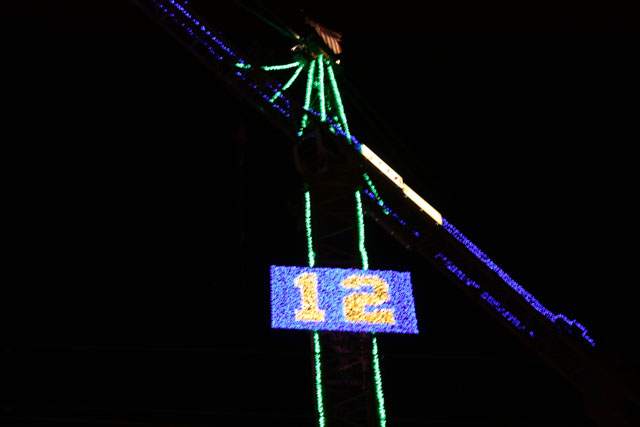 He believes his Seahawk Blue and Green crane is the best. So I asked Schimke for his reaction. “Timing is everything,” he said. “Ours was up the first. Ours was up complete, and I’ve noticed as their’s has come up after ours it resembles closely to what we had up originally.”

Reading between the lines, I believe that means Buehler should have put his lights up first, and Schimke thinks his cranes are better.

You can judge for yourself.

If you’re afraid of heights, stringing these lights is probably not a good career choice either.

To get the lights out to the ends of the arms, workers have to climb out about 300 feet while several hundred feet above the ground. 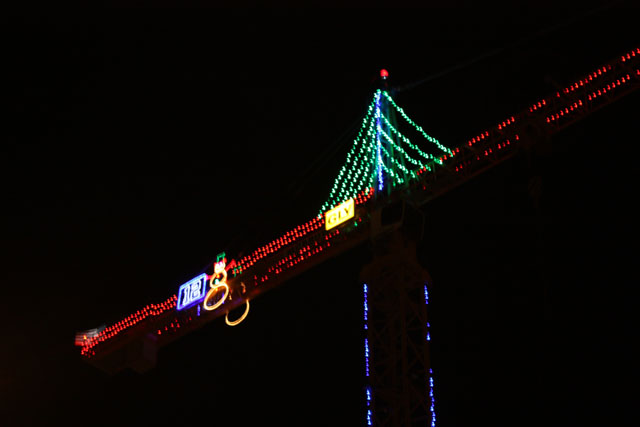 Let the arguing begin. Both job sites say they have the best crane. It’s an argument that goes from the superintendent down to the flagger on the street.
Photo by KIRO Radio/Chris Sullivan