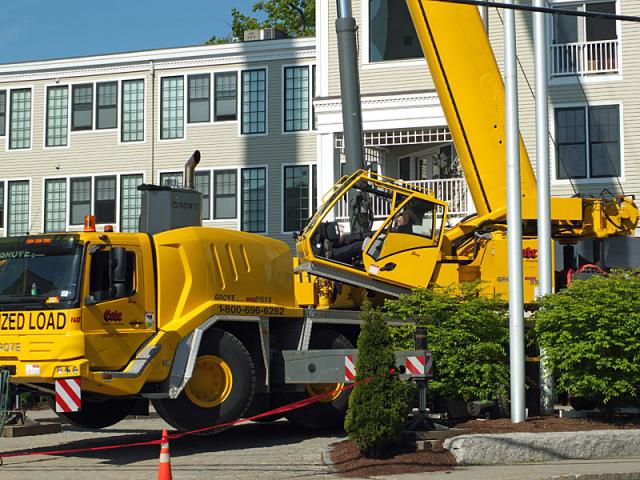 CAMDEN â€” If the Knox Mill smokestack proves sound, it may soon be home to a new cellular telephone tower.

Contractors are on site in downtown Camden Tuesday morning, with a large crane from Cote Corp. out of Auburn. The crane has been hoisting a pair of inspectors inside a welded metal basket up and down the smokestack, as they take measurements and check for overall soundness.

According to a Knox Mill spokesperson on the ground, Northeast Wireless is the cellular company interested in placing equipment on the 180-foot-tall tower.

Last week the tower was the scene of an animal rescue, when anÂ osprey was discovered inside at the bottom of the tower. It is assumed the osprey fell through the top of the tower and spent two or three days inside before a pair of curious teenagers discovered it and found help to capture and release the bird. 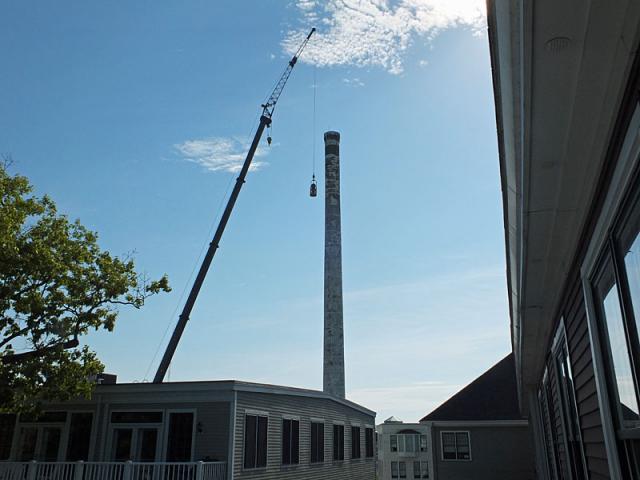 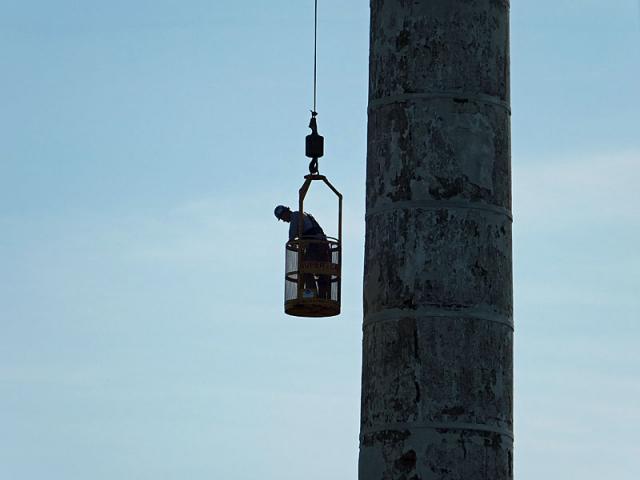 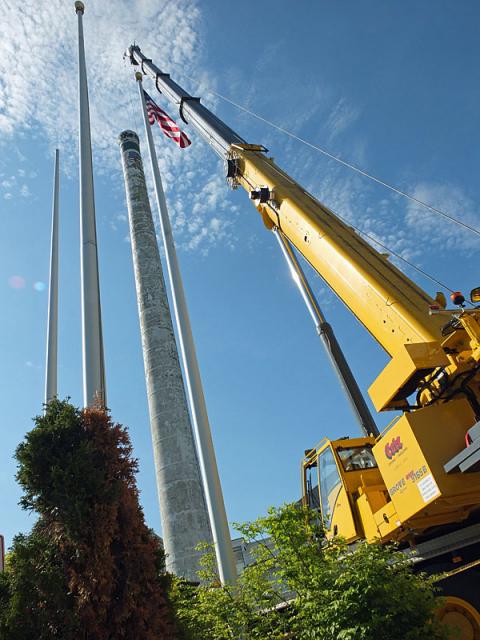 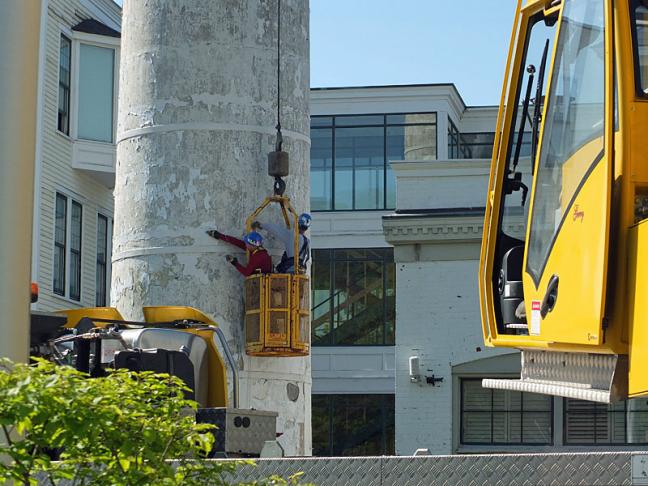 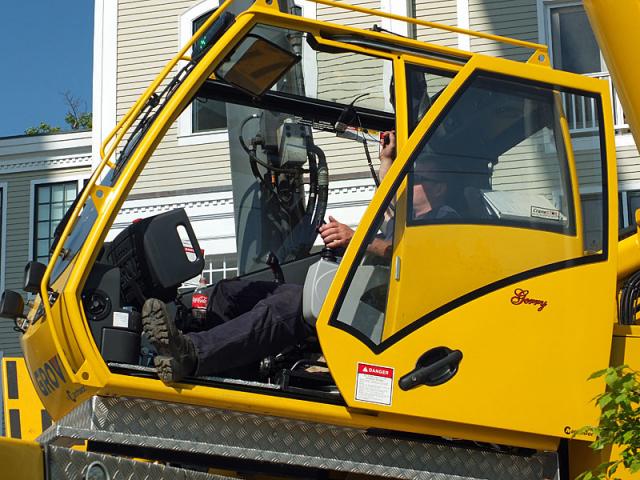 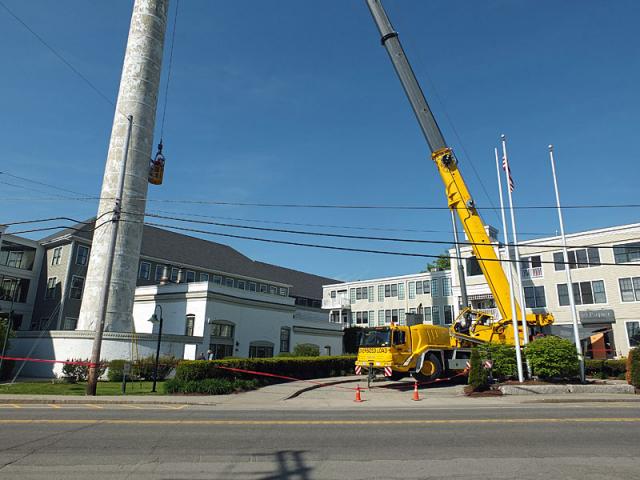