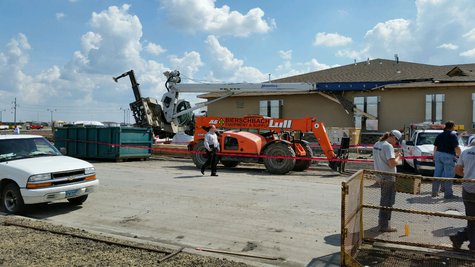 WEST FARGO (KFGO-AM) — A construction crane tipped over onto a building under construction in West Fargo late Wednesday morning. It happened at 33rd Ave. and Veterans Boulevard.

No one was hurt, but the crane went through the entire roof along the west side of the building.

Work on the Red River Funeral Home building was nearing completion. It’s not known what caused the crane to tip.

The crane is owned by Truck Utilities. It was rented to Borsheim Crane Service, which was doing the work. A spokesman for Truck Utilities says there weren’t any materials on the crane when it toppled over. 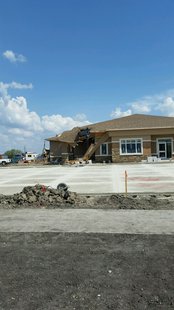