The 2016 Business Year Outlook from Liebherr 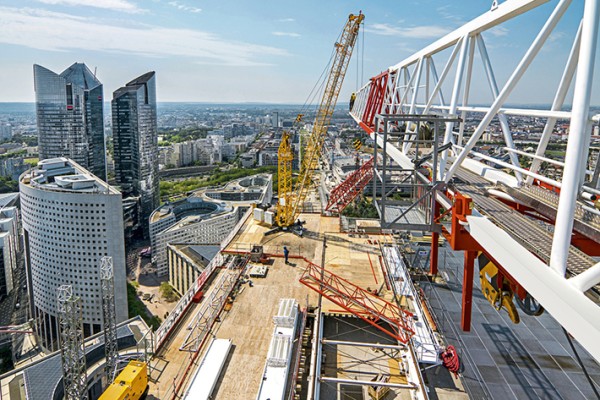 Global economic development in the current year will probably be similar to 2015 with approximately the same rate of growth as in the previous year in both industrial countries and emerging markets. The Liebherr Group expects its turnover to reach the previous yearâ€™s level.

For 2016, the International Monetary Fund once again anticipates stable international economic growth, probably of 3.4 % globally with an increase of 2.1 % in the industrial nations and 4.3 % in the emerging and developing markets. The German economy is expected to develop rather more satisfactorily than in 2015, at a forecast rate of 1.7 %. However, the emerging markets in particular could again be adversely affected by slower business activity in China.

According to the World Trade Organisation, there will be a 3.9 % increase in the volume of worldwide trade in the current year, and worldwide production is estimated to grow moderately.

In many European countries, there will again be more construction industry activity this year. In the USA as well, the building trade is estimated to develop positively, though with a lower rate of growth than in the previous two years. In the extraction industry however, with its dependence on commodity prices, a worldwide recovery is still not expected in 2016.

Growth in international air freight had already slackened in 2015, and this trend is expected to continue. On the other hand, according to information supplied by the International Air Transport Association, international air passenger volume will increase.

Individual opportunities and risks are summarised into those of similar character, and those relevant to the development of Group divisions are described in the corresponding chapters.

Global economic opportunities are in particular likely to arise from positive indications of US economic growth. Geopolitical uncertainties in the Middle East, those of an economic nature in Russia, and also persistently low commodity prices could give rise to risks.

Risks affecting the Liebherr Groupâ€™s performance could necessitate specific changes in cost due to volatile commodity prices that cannot be passed on as index-linked contractual price indices.

Global alignment of business activities, broad product diversification and the risk management system anchored at Group level together ensure that the relevant risks can be managed successfully. Based on information currently available, no further risks can be identified that in the 2016 business year could significantly affect the asset, financial or earnings situation and threaten the survival of the Group as a whole.

Forecast for the Liebherr Group

In the current year, the Liebherr Group expects the turnover to be at the previous yearâ€™s level. The construction machinery and mining area should continue to develop at the previous yearâ€™s level; other areas are expected to make a positive overall contribution to turnover. Growth can be expected from the earthmoving, tower cranes and concrete technology divisions as well as from the aerospace and transportation systems, machine tools and automation systems and domestic appliances divisions. A definite increase is also anticipated from the Groupâ€™s other products and services, which includes drive and control technology components and hotels.

The Liebherr Group will continue to invest considerably in its international production sites and its sales and service network. There will again be a slight increase in the numbers of employees at the Groupâ€™s companies.

AMECO Adds Grove AT for Work in Chile