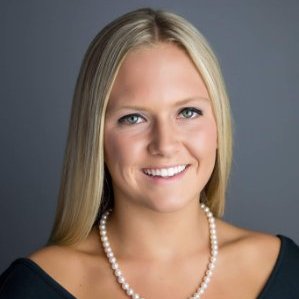 New York â€“ Empire Crane Company is proud to announce that Chloe Lonergan received a scholarship from the Syracuse Builders Exchange Foundation, is a recipient of the Frank Bardonaro Sr. Memorial Scholarship awarded by the SC&RA Foundation and received the SUNY Oswego Presidential Scholarship.

Chloe Lonergan has been a summer intern at Empire Crane since 2014 working in the Accounts Payable Department. She is a sophomore at Oswego State in the School of Business. Chloe is majoring in Operations Management with a minor in International Business. She has excelled in her studies ending her freshman year with an overall GPA of 3.95. She recently accepted a Teaching Assistant position and will be working alongside her business communications professor helping incoming freshman this fall.
In addition to academics Chloe is a member of the NCAA Division III Womanâ€™s Soccer team at SUNY Oswego. Last year she started in all 18 games as Center Defender. Her team won the first ever SUNYAC playoff game in school history. She was named SUNY Womanâ€™s Rookie of the Year for all division III SUNY Schools and named 3rd team all-conference. In addition, Chloe was named to the Scholar Athlete List and also received the SUNY Chancellor Scholar Athlete Award for Division III Womanâ€™s Soccer.
Chloe Lonergan plans on graduating from SUNY Oswego in the spring of 2019 and continuing her education to obtain her MBA. When asked what her future plans are Chloe said â€œI hope to have the opportunity to go into the crane industry with my father. I have always been interested in the business and hope to follow in my father, uncle and grandfatherâ€™s footstepsâ€ About Empire Crane Company
Empire Crane Co., LLC was founded by brothers Paul & Luke Lonergan in January of 2002 and has grown to become one of the largest premier crane dealers. Headquartered in Syracuse New York with offices in Billerica Massachusetts and Bridgewater New Jersey.
Representing many well-known lines and are authorized Dealers for the complete line of Terex Cranes, Tadano-Mantis Cranes, Wolffkran Tower Cranes, Shuttlelift, Kobelco Crawler, Manitex Boom Trucks and Magni Rotating Telehandlers.

The 2016 Business Year Outlook from Liebherr