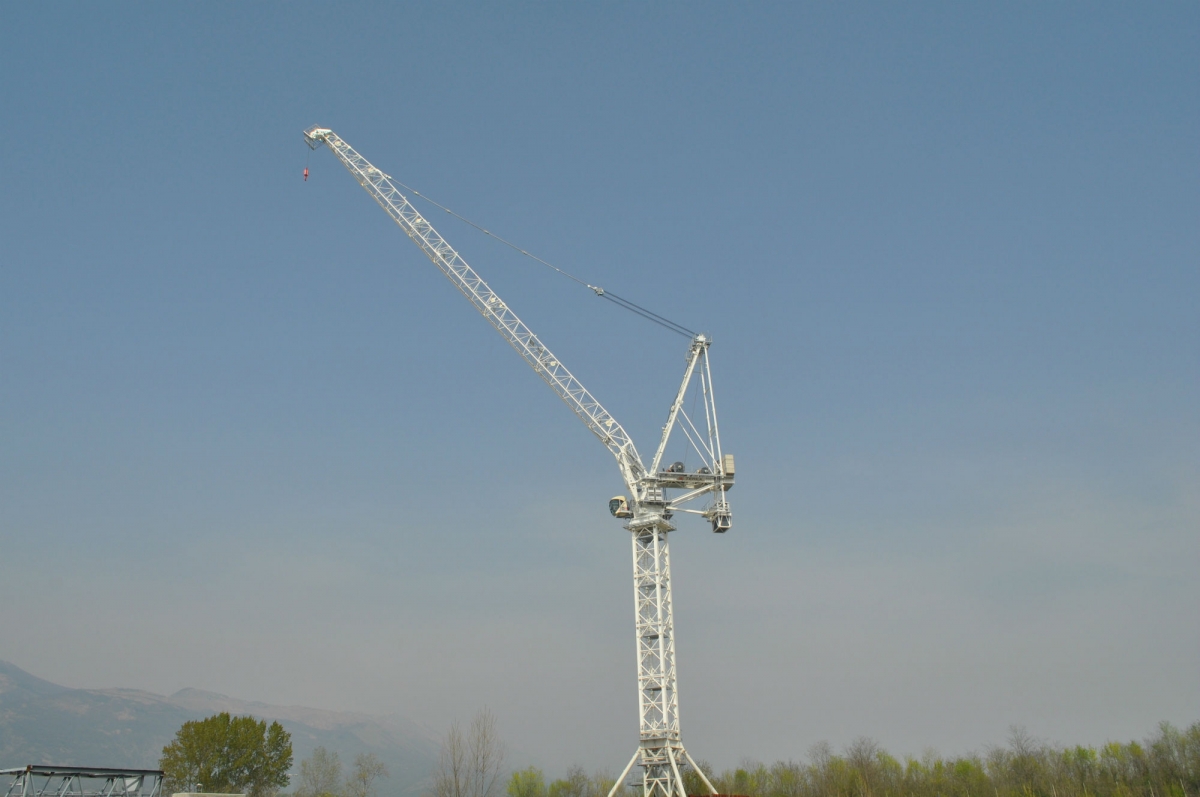 The new CTL 1600 will be produced at theÂ TerexÂ facility in Fontanafredda, Italy.

Offering a maximum lifting capacity of 66 tonnes, a maximum load moment of 1,600 tonnes and equipped with a 75 m long jib, Terex says that this crane offers extremely high lifting capacities and reach, as well as ease of transport and assembly.

The new model has a maximum freestanding height of 89 m on a concrete base and 88 m on a chassis.

Standard safety features include jib walkways and handrails to provide a safe working environment for technicians during set-up and maintenance when working at height.

Terex explained that cost-efficiency is improved due to a folding platform and folding A-frame, which can be carried in one single piece on a standard truck to reduce transportation costs.

“It doesn’t happen every day that you launch a crane that more than doubles the capacity of the previous range topping model, while maintainng the same easy to transport and erect concept,” saidÂ Marco Gentilini, vice president and general manager forÂ Terex Tower Cranes.