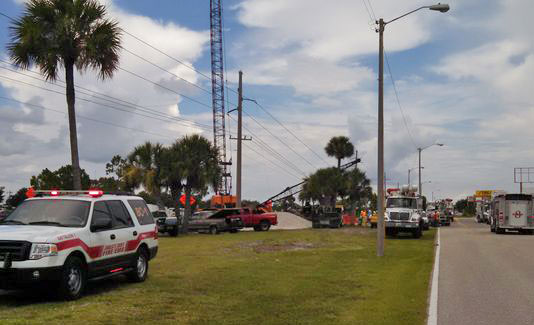 The Sheriff’s Office is on the scene of an incident near U.S. 41 and Harbor Boulevard where a crane fell on a power line, knocking out power to many traffic lights along the U.S. 41 corridor.

Nobody was injured, but the power outage has affected several businesses along U.S. 41 and the paralleling access roads. Outages may extend from the Murdock area down into the Charlotte Harbor area. Some residences in the area may also be affected.