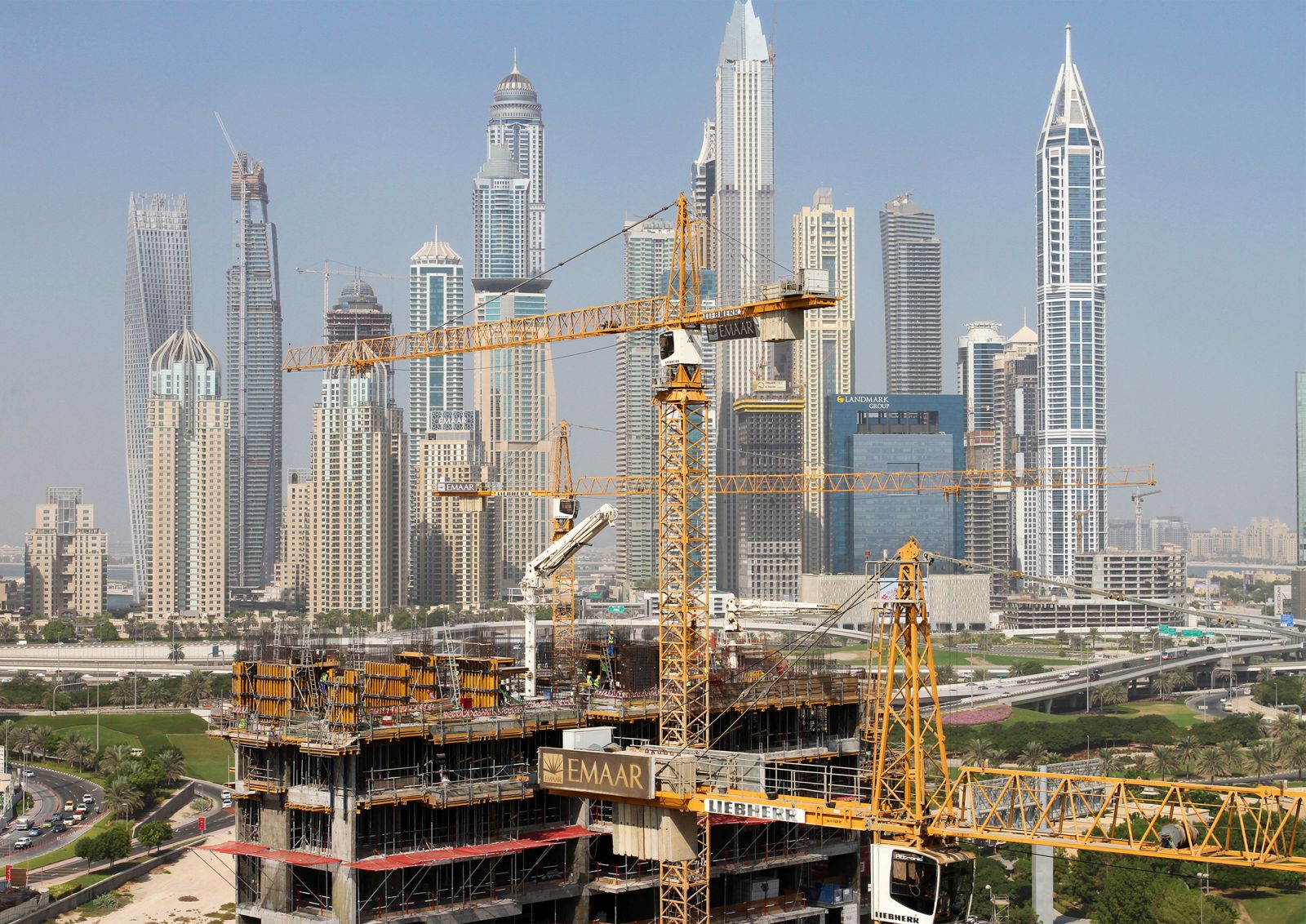 Consolidated Contractors Co. International is relying on seven Liebherr-Werk Biberach 200 EC-H tower cranes for the construction of The Hills, a four-tower development in Dubai. CCC is undertaking the project on an 844 million dirhams (US$230 million) contract.

The development, named The Hills, is part of the 2,700-acre Dubai Hills Estate, a series of premium lifestyle communities set around two 18-hole championship golf courses. CCC is one of several UAE-based partnerships operated by the Athens-based Consolidated Contractors Company (CCC), rated as the largest construction company in the Middle East, and one of the largest owners of Liebherr tower cranes, with more than 80 units in its fleet.

The Hills consists of two 12-storey and two 15-storey buildings, located on a strip of land adjacent to the main Dubai thoroughfare of Sheikh Zayed Road, and the rolling greens of the Emirates Golf Club. Also nearby are the Dubai Metro, Dubai Internet City, and Dubai Media City.

The development will have 426 residential apartments, 136 serviced apartments, and a hotel that will be operated by Vida Hotels and Resorts, a hotel brand that was launched in 2013 by Emaar Hospitality Group, a subsidiary of Emaar Properties. Vida will alsooperate the serviced apartments.

“Six of the cranes are 60-m high climbing units, attached to the outside of the structure,” says Ahmad Hawari, CCC plant superintendent. “The seventh is due to arrive on site towards the end of the contract, where it will be mounted on a short section of rail and used to build the podium. We are a long-time user of Liebherr cranes, and so we designed the configuration and erected the units ourselves.” One of the reasons for using the 200 EC-H as standard on this site is that the crane is able to handle heavy loads at a wide radius – even at 60 m it can lift 2.6 t.

“The site is a long and linear one, which means we need six cranes for the tower blocks, but these are all standard units and no special modifications were needed – the cranes came directly out of our fleet.”, Ahmad Hawari completed.

Designers of The Hills are UAE-based Godwin Austen Johnson architects (GAJ), who have angled the towers so that residents can enjoy the views of the Emirates Golf Club and the coastline of the Arabian Gulf.

The development has one, two and three bedroomapartments and has been designed with an emphasis on sustainability and adherence to Green Code requirements. Dubai Hills Estate is itself the first phase of the proposed Mohammed Bin Rashid City (MBR City), the largest real estate development of its kind in the Middle East. The Hills is due for completion by the end of 2017.

Liam Donnelly, head of sales and service at Liebherr Middle East FZE in Dubai, says that these units are CCC’s biggest tower crane lifters to date. “The 280 HC-L has a maximum lift of 24 t,” he says. “There is a trend towards heavy lift cranes in this region, driven by the increasing use of precast elements.”