Self Erecting Tower Crane tips over in Germany 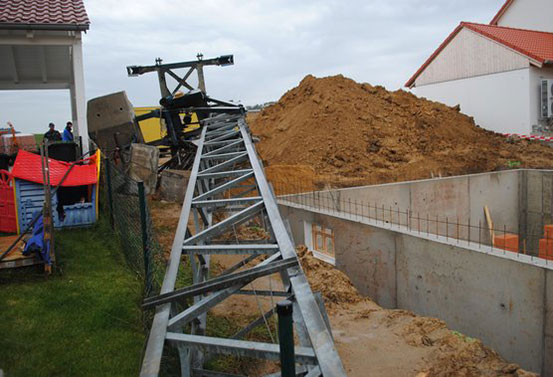 A crane toppled over on Wednesday about 16:30 clock on a building site on Awarenring.Â The workers were unhurt, otherwise it went off relatively lightly.Â Only a fence was damaged, but the crane itself is probably no longer to be used.Â According to police, the accident happened probably due to a technical defect.Â Because an auxiliary cable had snapped, the crane did not recognize that the range of bricks that was raised was too heavy.Â Normally, the device should have automatically stopped.Â The damage to the crane is estimated at 3 000 Euros.

Self Erecting Tower Crane tips over in Germany was last modified: November 11th, 2013 by Ron Selby