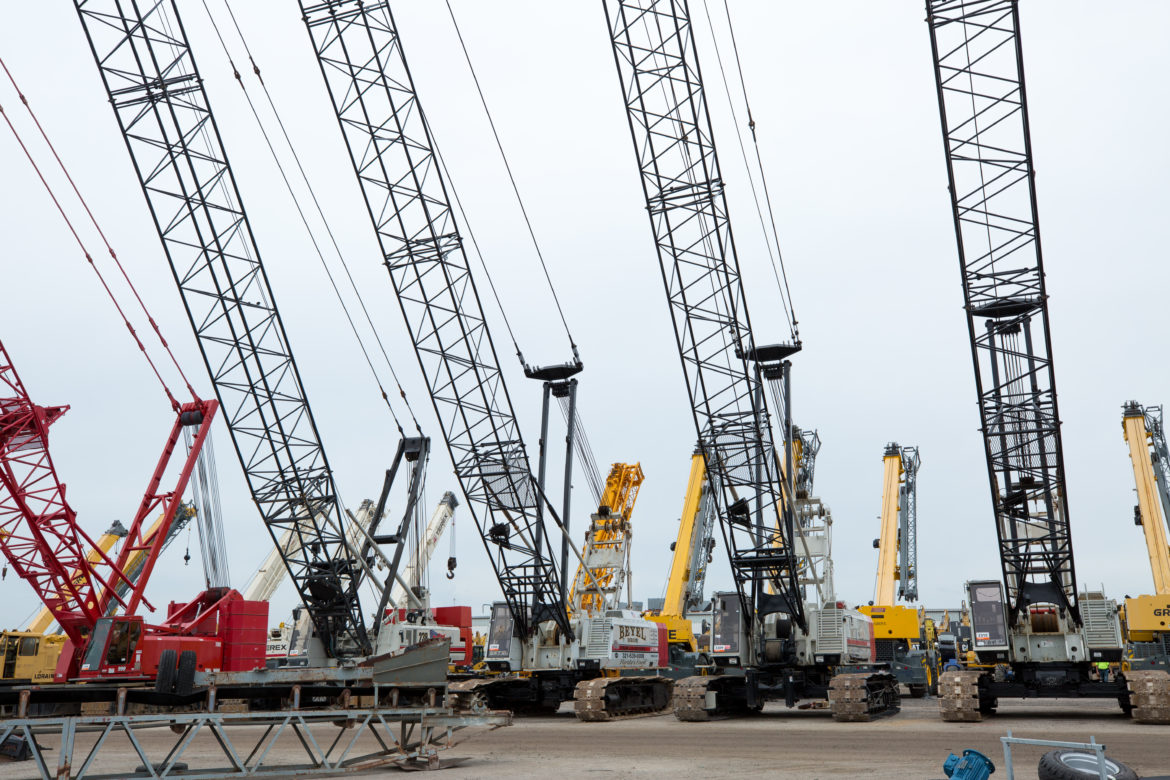 Ritchie Bros. Auctioneers often describes it annual Orlando auction in February as its Super Bowl, and in 2017, more than 10,000 pieces of equipment—including 110 cranes—were prepped for sale at the auction. At the company’s auctions this month in Potitlan, Mexico (June 9), Columbus, Ohio (June 15), and Houston, Texas (June 21-22), roughly that same amount of cranes are on the auction block. Crane Network asked Jake Lawson, senior vice president of Ritchie Bros., about the significance of these summer crane sales.

CN: At the Ritchie Bros. auction in Orlando in February, there were 110 cranes for sale, and this month, there are close to that many being sold. What do you see as the driver for this surge in crane sales?

JL: Ritchie Bros. has served the lifting and handling market for decades and is a trusted resource for end-users, dealers, and rental companies. The current inventory is not coming from one sector, but many—it’s a balanced mix. The big feature for the current lineup of cranes isn’t necessarily the number of items, but more the selection of rare, big ticket items available, including the massive 2013 Manitowoc 16000 440-ton self-erecting crawler crane to be sold in Houston—we haven’t seen one of these at auction in a while.

CN: Are the majority of the cranes for sale in Houston? If so, are they coming from one particular seller or a mix of sellers?

JL: We have more than 200 cranes currently listed to be sold at our upcoming live auctions, with approximately 25 percent of them being consigned to our June Houston auction. Houston has long been a popular location within the Ritchie Bros. network for crane inventory due its proximity to ports for easy export to global markets. Because of this, we consistently see crane consignments in Houston from end-users across variety of sectors, as well as dealers and rental companies—we aren’t seeing a flood of cranes from one specific customer segment.

CN: There are two unused rough-terrain cranes for sale in Houston. Are these new machines or older model, unused cranes? How common is it for unused equipment to sell at auction?

JL: We have nine unused cranes currently listed to be sold at upcoming Ritchie Bros. auctions around the globe, including the two unused Grove RT540E rough-terrain cranes listed to be sold in Houston (Note: yes, these are older model, unused machines). While the majority of what we sell at our auctions are certainly used assets, we do sell unused assets regularly throughout the year. These unused assets come from all different types of customers. Oftentimes, these assets were purchased for a specific job but never used.

CN: What is the benefit for a seller to list a new machine to auction?

JL: The main benefit of selling with Ritchie Bros. is our global reach—for the two unused cranes selling in Houston, these assets have been transported to the auction from outside the U.S. by the consignor to take advantage of the huge crowd of buyers expected for the Houston auction both onsite and online.

CN: What are the some of the positive impacts on buying trends this year?

JL: We recently conducted some research with our U.S. customers discussing the macro drivers for their business in 2017. They outlined the following themes: strong consumer confidence leading to buying and building, optimism of improved tax laws for business, decreased regulations, and uptick in commercial projects and bidding activity as major drivers.

CN: Is there any opposition?

JL: Timing related to actual dollars flowing to project investments is a major headwind for customers.